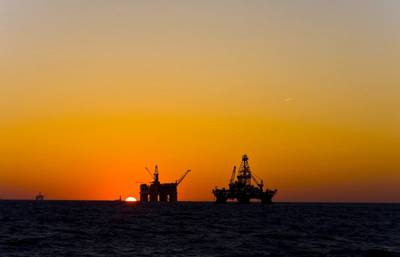 Following Monday's confirmation of the U.S. Representative Deb Haaland as Secretary of the Interior, the U.S. National Ocean Industries Association (NOIA), representing interests of the country's offshore energy industry, said it was ready to work with Haaland and the Biden Administration to "advance America's offshore energy sector."

NOIA President Erik Milito said: "NOIA is ready to work with Secretary Haaland and the Biden Administration to advance America’s offshore energy sector. During her testimony before the Senate Energy & Natural Resources Committee, Secretary Haaland repeatedly spoke on unity and the importance of creating opportunities for every American. Secretary Haaland also stated, “there’s no question that fossil energy does and will continue to play a major role in America for years to come.” We hope that this is the prevailing attitude of the Biden Administration.

“Offshore energy is an American success story. In the Gulf of Mexico, offshore production provides the lowest carbon barrels of oil, generates millions of dollars in funding for parks and recreation programs for underprivileged urban communities, and supports hundreds of thousands of jobs across every state. Offshore wind is primed to soar, generating jobs and investment and providing millions of Americans with access to renewable energy.

To remind, the U.S. Interior Department announced last week it would launch a review of the federal oil and gas leasing program on March 25, a move deemed a key step to decide whether the Biden administration will permanently block new leases on federal land and water.

As previously reported, President Joe Biden in January signed executive orders including temporarily suspending new oil and gas leases on federal land and waters, a move which NOIA at the time said was contrary to law, and putting "America on a path toward increased imports from foreign nations that have been characterized as pollution havens."