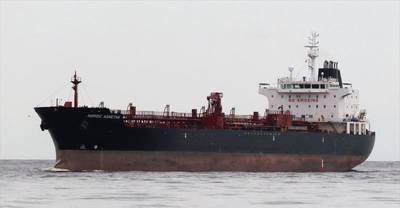 Nordic Shipholding said on Monday it will sell its three remaining tankers after the lossmaking Danish shipowner failed to line up a merger partner.

The company said it held extensive discussions with potential merger partners and lenders to secure the group's long-term viability, but that the talks had stalled. It will now move to sell its remaining vessels, including the 2009-built handysize tankers Nordic Agnetha (37,791 dwt) and Nordic Amy (37,759 dwt) as well as the 2009-built LR tanker Nordic Anne (73,774 dwt).

"Given the volatility in the sale and purchase market for these vessels, it is probable the group may recognize a further write-down of the vessels’ carrying value in the range of $4 million to $5 million in this financial year," the Copenhagen-listed company said in a news release.

Nordic Shipholding said its board is in discussions with the group’s various stakeholders to ensure the proper winding down.

Earlier this year, the company said in its first quarter report it has reached a deal with lenders to extend its loan facility by another year to December 30, 2021, to ensure its remaining ships are sold in an orderly fashion.

In April 2021, Nordic Shipholding said it delivered the Nordic Hanne and Nordic Pia to their respective new owners. The net proceeds from the sale
of these two vessels were used to pay down the respective loans associated with the vessels.