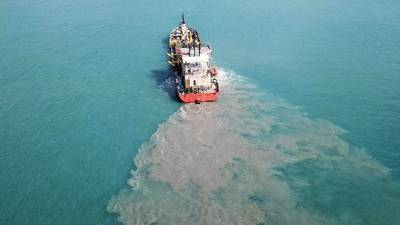 For several months last year, a steady stream of ships was observed dredging sand in a North Korean bay then transporting it to China, a Washington-based think-tank said on Wednesday.

The extraction of sand from North Korea to China would violate a 2017 U.N. Security Council resolution that prohibits North Korea from “supplying, selling, or transferring sand”, the Center for Advanced Defense Studies (C4ADS) said in a report.

The group’s researchers tracked the dredging and transport of the sand through commercial satellite imagery and shipping databases.

“Between March and August 2019, C4ADS observed a large fleet of vessels originating from Chinese waters traveling to North Korea to dredge and transport sand from Haeju Bay,” the report’s authors wrote, describing unusual ship traffic in a bay less than 30 km (18.6 miles) from neighboring South Korea.

China has called for sanctions to be eased on North Korea, but also says it fully enforces the sanctions imposed with its assent by the U.N. Security Council because of the isolated country’s nuclear and missile programs.

The United Nations has found that North Korea has repeatedly circumvented restrictions on trade of things like coal and oil, often by conducting ship-to-ship transfers at sea.

But the unprecedented scale and coordination of the dredging operation “showcases the boldness and impunity with which sanctions evasion networks operate, even under close scrutiny”, C4ADS said in its report. 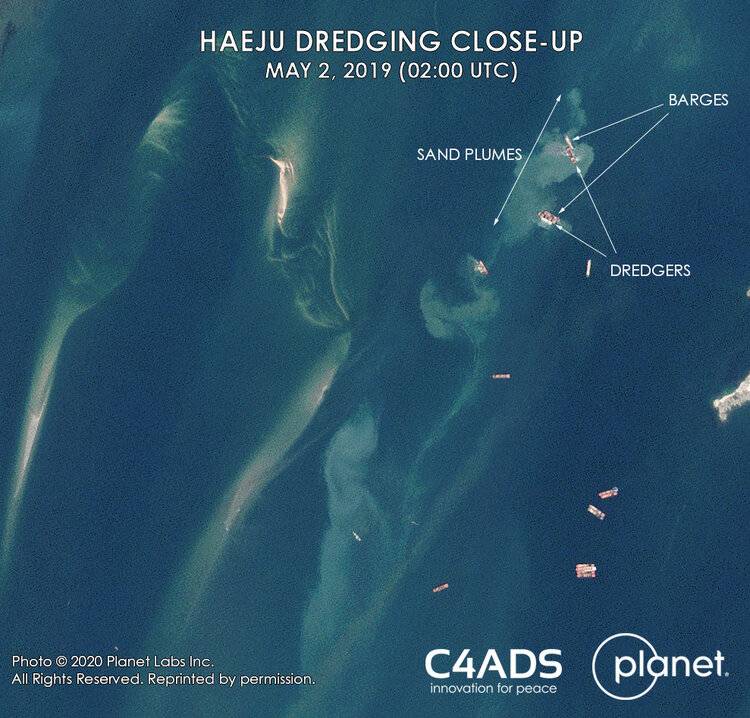 A spokeswoman for the U.S. State Department, which has led international sanctions efforts on North Korea, said all U.N. states were required to implement U.N. sanctions resolutions.

“We expect them all to continue doing so,” she said.

China’s mission to the United Nations and embassy in Washington did not immediately respond to requests for comment.

According to Automatic Identification System (AIS) data reviewed by C4ADS, in 2019, Haeju Bay saw at least 1,563 visits by ships. This compared with only 418 visits in the previous two years combined.

The AIS data showed many of the ships returning to ports on the Chinese coast.

Some of the ships observed in satellite imagery appeared to be operating in convoys or other formations, suggesting they were coordinating their movements. 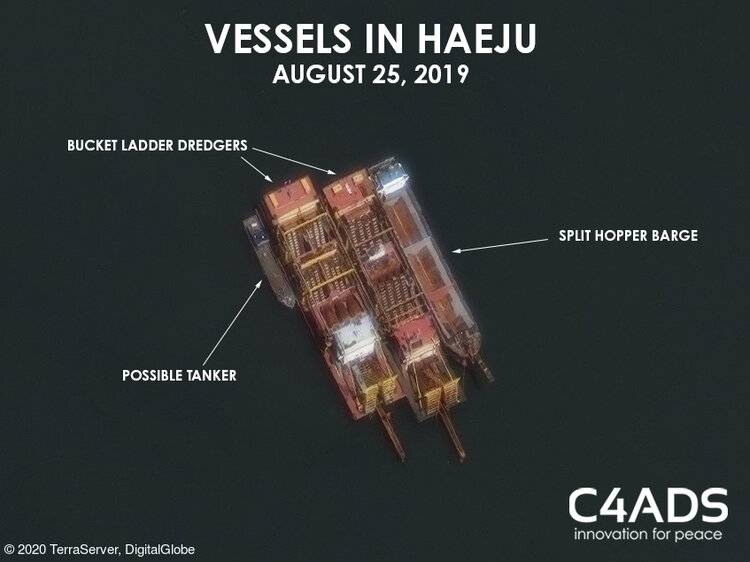 “The activity in Haeju demonstrates scale, and a level of sophistication unlike other known cases of North Korean sanctions evasion at sea,” the group said.

Analysts are working on methods to estimate the amount of sand that was exported, and how much that may have been worth to North Korea, one of the report’s authors, Lauren Sung, told Reuters.

But the rising value of sand suggests that the operation was lucrative for cash-strapped North Korea.

“As the price of sand has risen rapidly in recent years, so has the practice both licit and illicit sand excavation and trade around the world,” the group said.

US Navy Warship in the Middle East Has COVID-19 Cases

A U.S. Navy warship operating in the Middle East has a dozen cases of the novel coronavirus, while another warship in the…