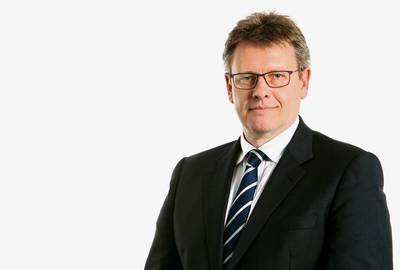 North P&I Club has announced the appointment of Michael Asherson as Claims Director, in a return to the Club after three years in private practice in his native South Africa.

Asherson, who spent 18 years with North in the period up to 2018, returns to North’s Newcastle head office from November 2 to focus primarily on charter claims.

“We are delighted to welcome Michael back to North in view of the widely recognized claims and legal expertise he developed at North and in private practice,” said Paul Jennings, Chief Executive, North. “He brings a unique combination of skills and experience, and a proven record of offering the wise counsel on which our members can rely.”

With BA and LLB degrees from Stellenbosch University and admitted as a solicitor in the U.K. for over 20 years, Asherson has extensive knowledge of maritime and insurance law, specializing in marine casualty litigation and investigations, cargo claims, ship arrests, arbitrations and charterparty disputes. A former Chairman of the International Group Claims Co-operation Sub-committee, he also has strong relationships in the U.K., Greece, the Middle East, South Korea and India, as well as among the South African maritime law fraternity.

“It is terrific to be back with North and in my second home of Newcastle upon Tyne, especially at such an exciting time for the Club in terms of its unfolding strategy for growth,” Asherson said. “I look forward to re-joining the claims team and playing my role in maintaining its reputation for providing effective support.”

West creates a Charterers and Traders team as a new center of excellence within the Club, further enhancing the West’s popular…