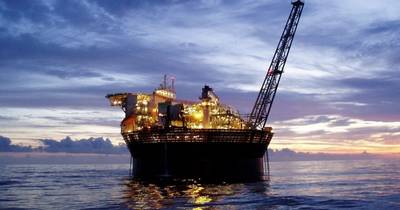 Production from the Hummingbird Spirit FPSO operating at the Chestnut field in the UK sector of the North Sea has been shut down after a coronavirus case has been confirmed aboard.

It was initially understood that there has been one confirmed case, and one subsequent suspected case on the FPSO and that production has been temporarily shut-in. The Teekay-owned FPSO is located at Spirit Energy-operated Chestnut offshore oil field.

A Spirit Energy spokesperson said the company was working closely with Altera Infrastructure and Teekay "and offering them all the support we can at this time.”

Teekay Offshore Partners in March changed its name to Altera Infrastructure. Offshore Engineer reached out to Teekay for further info on the Hummingbird Spirit FPSO situation.

Teekay eventually responded, stating the following: "We can confirm that a crewmember has been evacuated from the floating production, storage and offloading vessel (“FPSO”) Hummingbird Spirit on Saturday 4th April, after presenting with flu-like symptoms. The safety of our crew remains our absolute priority."

"We continue to work with Altera Infrastructure and Spirit Energy to implement additional steps to ensure the safety of personnel on board, including the decision to temporarily shut down the production of the unit while expert advice is obtained on what additional precautions could be taken on board the vessel.

"We also continue to follow precautionary measures across all our FPSO operations, whereby anyone showing symptoms of COVID-19 will be flown back to shore following the COVID-19 guidelines set out by NHS Scotland, Health Protection Scotland and Oil & Gas Authority UK.

The spokesperson also said that a third-party contractor was evacuated from the Hummingbird Spirit on Sunday 29th March, after presenting with flu-like symptoms.

"The person has now tested positive for Covid-19 and is receiving the necessary medical treatment. We have no other confirmed cases at this time," the Teekay spokesperson added.

Teekay Corporation announced in November 2019 it had reached an agreement with Spirit Energy that will see the FPSO remain deployed at the Chestnut field until March 2023.