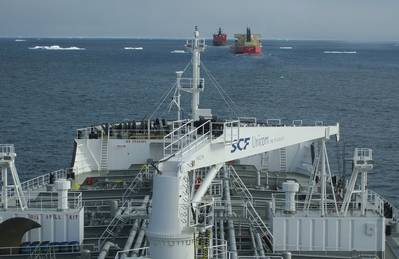 In January 2012 Gazprom and Sovcomflot reached an agreement on arranging a test shipment via the Northern Sea Route to deliver the Gazprom hydrocarbons to the Asia-Pacific market, taking into account the growing urgency for energy resources supplies to the region.

The recemt passage of the SCF Amur became the fourth transit passage from the Atlantic to the Pacific Ocean through the Arctic for Sovcomflot.