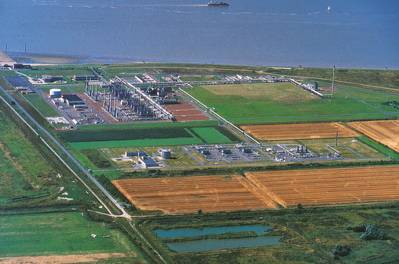 Norway's gas exports hit a new high of 36.8 billion cubic meters (bcm) this summer and the annual deliveries will be on a par with the record annual figure achieved in 2017, gas system operator Gassco said on Friday.

Between May and August, which is normally a season with fewer gas exports, Norway's deliveries almost matched a normal winter level as European importers needed to refill depleted gas storages which drained during last year's cold winter.

"It's too early to say exactly where we'll end up this year, but we expect another good performance which will be roughly on a par with the 2017 record," Gassco Chief Executive Frode Leversund said in a statement.

Gassco transported 117.4 bcm through pipeline systems from Norway to continental Europe and Britain during 2017. This was the highest volume sold in 40 years of Norwegian gas exports.

Exports to Germany via the Emden terminal, which became operational in 2016, made a strong contribution to this summer's record deliveries, Gassco added.

"Not only has Norway's continental shelf delivered larger volumes than before, but the transport system has also handled these increased quantities well," said Leversund.

Later this year, Norway will open its new Polarled pipeline to carry more gas from its Aasta Hansteen field in the Norwegian Sea, said Gassco.

"As operator of both Polarled and Nyhamna, we expect great interest in this region from a number of players. Our strong summer deliveries strengthen that belief," it said.