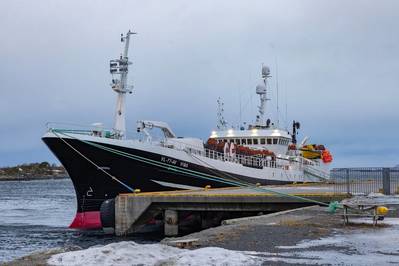 Norway's Supreme Court will on Tuesday hear arguments on whether EU ships can fish for snow crab off the Arctic islands north of Norway, in a case that could decide who has the right to explore for oil and minerals in the region.

At stake is whether EU vessels have the right to catch snow crab, whose meat is considered a delicacy by gourmets in Japan and South Korea, in the same way than Norwegian vessels do.

A Latvian fisheries company applied to the non-EU country in 2019 for a fishing license to catch the species, but was turned down on the basis that only Norwegian vessels can.

The Latvian firm will argue on Tuesday that it also can under the 1920 Svalbard Treaty, which grants Norway sovereignty over the Arctic islands with the condition that other signatories have access to their territorial waters.

Tuesday's case has far-reaching implications, according to Oeystein Jensen, a professor at the Fridtjof Nansen Institute in Oslo.

"If the Supreme Court thinks the Svalbard treaty applies, it is not only about snow crab, it will be about oil, gas, minerals and fish," he told Reuters. "It is everything or nothing."

In a sign of the importance the case has for Norway, 15 Supreme Court judges are expected to hear arguments during the four-day session. Most other cases are decided by a panel of just five.

In 2019 the Supreme Court ruled unanimously that EU fishermen must ask permission from Oslo to catch snow crab, after the same Latvian fisheries company had tried to fish off Svalbard with only an EU license.