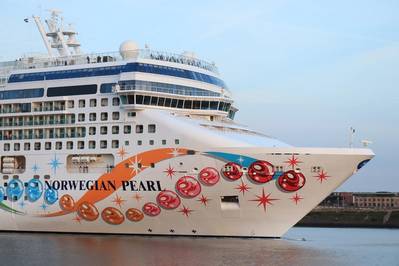 Norwegian Cruise Line Holdings Ltd said its plans for resuming mid-summer U.S. sailings could be in jeopardy, a day after the U.S. Centers for Disease Control and Prevention (CDC) laid out new technical instructions for the cruise industry.

The health agency, which recently said it was "committed" to the resumption of passenger operations, on Wednesday issued requirements for starting simulated trips and applying for a COVID-19 conditional sailing certificate to begin sailing with restricted passenger voyages.

"Our team is working through the new guidance, but at first glance, however, it appears the path forward is a bit rockier and a bit steeper than originally expected," Norwegian Cruise Chief Executive Officer Frank Del Rio said on an earnings call on Thursday.

Norwegian Cruise's shares declined 5% after it said the lead time needed to ready its ships could delay the restart.

Truist Securities analysts have estimated it takes about 60 days to get a ship ready, noting a July U.S. restart is not a sure thing.

The parent of Oceania Cruises, however, reiterated its plans to resume U.S. sailings in July.

Norwegian Cruise also said bookings for the first half of 2022 was ahead of pre-pandemic levels even as its revenue slumped more than 99% to $3.1 million in the first quarter ended March 31.