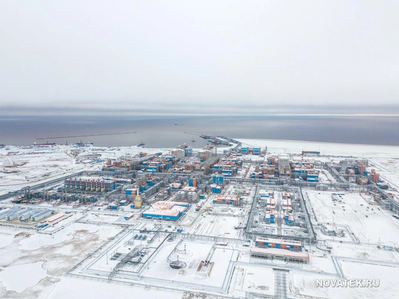 Russia's Novatek said on Friday it had sold a 20 percent stake in its new liquefied natural gas project, Arctic LNG 2, to two Chinese companies on the same terms as a similar deal with France's Total.

Novatek announced the sale on Thursday but did not provide financial details.

Earlier this year, Total, a shareholder in Novatek itself and its Yamal LNG project, bought a 10 percent stake in Arctic LNG 2 project.