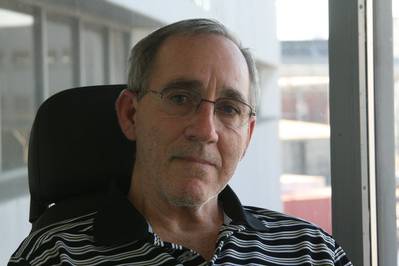 David Loy Stewart Sr, former owner and Chairman of the Board at ship repair yard Detyens Shipyards, Inc. in North Charleston, S.C. passed away on Tuesday, June 30, 2020, at the age of 72.

Loy, husband of the late Judy Ann Detyens Stewart, was born September 15, 1947 in Abbeville, S.C., son of the late John David Stewart and the late Ruby Gillespie Stewart. He graduated from Furman University with a Bachelor of Arts degree in Business Administration and although prone to sea sickness enlisted in the U.S. Navy shortly after graduating college.

Loy was fond of saying, "There are three ways to get ahead in life: 1. Right place at the right time 2. Know the right person or 3. Marry the boss's daughter." He chose the third option. In 1973 Loy went to work for his father-in law at Detyens Shipyards as a Machinist helper. By 1982 he had risen to the position of Secretary/Treasurer of the shipyard. In 1990, he bought the shipyard from his partner and began driving the shipyard to success, moving its location in 1995 to the Charleston Naval Shipyard and turning a small family owned business into one of the premier ship repair facilities on the East Coast.

Loy was an avid golfer and fan who had a passion for collecting unique and original clubs. His office at the Shipyard is a museum full of eclectic finds and he loved to show off his treasures to everyone who came to visit him. The many who were fortunate to meet with him always left his office with a "pickle" and a copy of his "bestselling" short story "What Men Know About Women".

Diagnosed with ALS in the early 2000s he never missed going to the office and mentoring or helping those in need of advice. He touched countless lives and businesses. When he turned 50, he decided to help 10 people, either with money, guidance or both. By the age of 60, that 10 had become over 60 and to this day the number of people he touched is immeasurable. After his diagnosis Loy set out on a personal battle to beat ALS and to find a cure. Loy helped to develop the South Carolina ALS Foundation and in 2017 The Loy Stewart Foundation for ALS Research donated $2 million to the Roper St. Francis Foundation to establish a research center dedicated to studying and finding a cure for ALS. Roper St. Francis established The Loy Stewart and George C. Wendt Institute for ALS Research and continues to research and find ways to alleviate symptoms and find a cure for ALS.

In lieu of flowers, memorials may be made to The Loy Stewart and George C. Wendt Institute for ALS Research.