What Will You Do When a Spill Occurs? 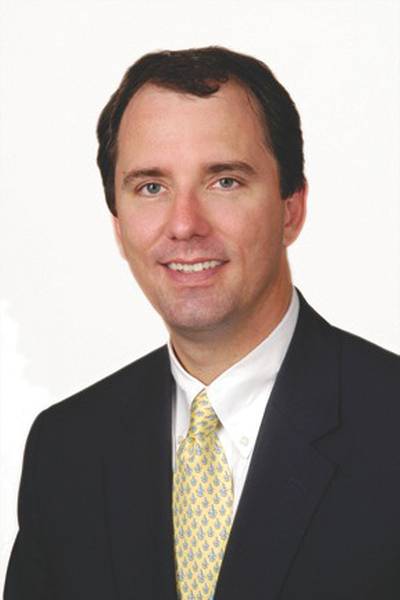 The blowout aboard the Deepwater Horizon and the resulting oil spill in the Gulf of Mexico captured the attention of both the public and regulators. As a result of this incident, both the government and the general public have developed opinions as to how such an oil spill should be avoided, contained and cleaned up. Now, even a small spill can become front page news and your company’s operations and policies will be scrutinized by the government, media and the general public. As such, it is important to develop a clear response plan to a spill before one happens. Based upon the public’s sensitivity towards spills, even a small spill can create a very serious threat to the company.

Formulate the Plan
Spills, although rare, are an inevitable fact of life while working in the offshore environment. Each marine operator should have in place a detailed environmental emergency response plan. The plan should be prepared specifically for the company’s needs taking into account the type and location of operations that are to be expected by your vessels. Once the plan is formulated, it should be distributed to each employee with additional copies available for review on each vessel. In addition to the preparation of a written plan, training should be provided on an ongoing basis to help familiarize the company’s employees, including both office and field employees, on the specifics of the plan and how to respond in the event of an incident.
The purpose of the plan is to provide guidance to the vessel’s captain and officers with respect to steps to be taken when a pollution incident has occurred or is likely to occur.  The primary purpose of the plan is to set into motion the necessary actions to minimize the discharge and mitigate the effects of a discharge.  Effective planning will make sure that necessary actions are taken in a structured, logical and timely manner.
As with any program, it is important to have a policy that serves as the guiding principle for the plan.  These policies help set the table for the employees to understand and adopt the procedures. Once the goals of the plan are determined, the specifics of the plan can be worked out. Response plans must contain several elements including vessel particulars, reporting requirements, what to do in the event of a discharge, how to report a discharge and how the response will be coordinated with national and/or local authorities. In addition to these topics, a plan may also contain additional information such as a description of the response equipment to be utilized in the event of a release, information on how to handle public relations, check lists to be used in the case of an emergency, procedures for critical tasks that could cause a pollution incident, or the requirements for conducting ongoing drills.

Necessary Ingredients
Each vessel’s plan should provide the particulars for the vessel. Although this information can easily be provided by the vessel’s captain, in the event of an emergency, this information may need to be provided quickly at a time when the captain may not be available. The plan should identify the name of the vessel, the vessel’s owner and operator, the official number, the flag, port of registry, vessel builder, gross tonnage, length, draft, etc. If this information is included in the emergency response document, any crew member will be able to provide this pertinent data to the authorities.

What to Do – and Why
The next section of the plan should assist the crew in determining whether a discharge of oil, whether probable or actual, should be reported and to whom it should be reported. As such, the first element of the vessel’s response is to assess the nature of the incident. The crew member who becomes aware of the discharge should immediately alert the other crew members, identify the spill source and then a spill assessment can be conducted. Once the spill is assessed, the vessel’s captain can determine whether the discharge should be reported.
It is important that the crew knows that reporting a spill is required whenever there is a discharge of oil resulting from damage to the vessel or its equipment, an intentional discharge for the purpose of securing the safety of the vessel or saving a life at sea, or if a discharge of oil occurs during the operation of the vessel. In addition to these actual discharges, a probable discharge should be reported when there is a probability of a discharge although an actual discharge may not have yet occurred, or when a discharge is noticed on the surface of the water when the crew is unable to determine where the discharge is coming from. It is imperative to have a checklist included within the plan that provides the vessel crew a quick description of how they should proceed.
The captain should report the spill by the quickest means possible, whether via radio or telephone. The plan should include a contact list that the captain can use to report the incident. Under most circumstances, the list should include contacting the company’s operation center, the dock/terminal operator where the vessel is working, and the state and federal authorities. The report should include the location of the spill, characteristics of the oil spilled, disposition of the vessel and its cargo, the movement of the slick and the type of assistance required.
This section of the plan should include a listing of all of the government agencies and designated response companies that should be contacted in the case of an emergency. These agencies could include entities such as the United States Coast Guard, MMS, the adjoining state’s Oil Spill Response Office, the adjacent state’s Department of Environmental Quality, the State Police Hazardous Material Unit, and the State Police Emergency Response Unit. Specific numbers for each state that your vessel operates in should be included as part of the plan.

Control & Mitigate the Spill
Once the incident is properly reported, the crew should immediately take action to control the discharge. These requirements include both navigational and seamanship measures. Navigational measures could include determining whether the vessel should alter course, position, speed, change the list and/or trim, anchor, etc. Seamanship measures could include implementation of measures to prevent additional discharge, determination of the seaworthiness of the vessel, the need to ballast or de-ballast, transfer of cargo, leak sealing, firefighting, etc.
The plan should also provide the procedures for dealing with specific events that may cause a spill.  Such events can include the transfer of fuel while fueling the vessel, the transfer of material from the vessel to another vessel or platform, leakage from equipment on deck such as winches, pumps, etc. or the leakage of material caused by a vessel casualty. As one would expect, the crew’s response to each of these particular events would be much different. A response to a vessel grounding causing fuel to leak from a tank would be very different from the leaking of fluid from a winch located on deck. Providing a simple checklist provides the crew with a listing of the tasks that need to be completed to minimize the chance of a spill.
Once a spill is reported, there is a flurry of activity from the company, spill response companies, the Coast Guard, and other state and local authorities. The efficient coordination between the vessel and the authorities is a vital element in mitigating the effects of a spill.
Furthermore, the plan should designate which member of the crew is responsible for documenting the incident by maintaining logs, diaries, etc. detailing the incident, the reporting of the incident, the response to the incident and the cleanup of the incident. As the captain is usually very busy during an emergency incident, it may be wise to designate a mate or other similar officer for this task.

Training – and Public Relations, too
Additional areas of the plan could include a section on how to deal with the public relations aspect of the spill. As such, the plan should detail which company representatives are authorized to issue statements or give information to any of the entities that may request information that are not included in the plan.  For example, ship board personnel need to be authorized to provide information to MMS, Coast Guard, State Police, etc.  However, these employees should not be authorized to provide information to local media, environmental groups, etc.  The plan should designate which company representative is responsible for providing information to these other entities.
As with all safety and environmental plans, employee training is critical. Even the best response plan will be ineffective if the crew is not well versed in its contents when an incident occurs.
Although no one wants a spill to occur, they are an inherent hazard while working offshore. An effective response plan is the key to the efficient management of such a spill and its aftermath. Considering the public relations and government pressures that bear down upon operators in the event of a spill, the long term viability of your company may be contingent upon how you respond.