By Anshuman Daga and Jessica Jaganathan May 11, 2020 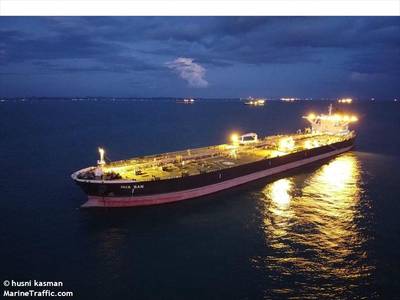 Singaporean shipping firm Ocean Tankers (Pte) Ltd, a unit of troubled oil trader Hin Leong Trading Pte Ltd, has applied to be placed under the management of a court-appointed supervisor, two sources with knowledge of the matter told Reuters.

Singapore's High Court is due to hold a hearing on an application by Ocean Tankers on Tuesday, according to a notice on the Supreme Court website. The notice did not give further details.

Hin Leong and Ocean Tankers did not immediately respond to requests for comment.

Hin Leong, one of Asia's top oil traders, was placed under judicial management late last month as it seeks to restructure billions of dollars of debt.

Hin Leong owes $3.8 billion to 23 banks, according to a company presentation to lenders on April 14, contained in an affidavit in court filings. The affidavit was reviewed by Reuters but has not been made public.

In the affidavit, Hin Leong's founder Lim Oon Kuin, also known as O.K. Lim, said he had directed the firm not to disclose $800 million in losses over several years.

Singapore police said in April they had launched an investigation following news of Hin Leong's losses.

O.K. Lim's son Chee Meng Lim, a director at Ocean Tankers and Hin Leong, reassured stakeholders in a letter dated April 15 and seen by Reuters that the shipping company was a separate entity from Hin Leong and it had not guaranteed its debts.

Ocean Tankers, founded in 1978, manages and operates a fleet of about 100 vessels ranging from coastal barges to very large crude carriers, according to the company website.