Diamond Offshore Shares on the Rise 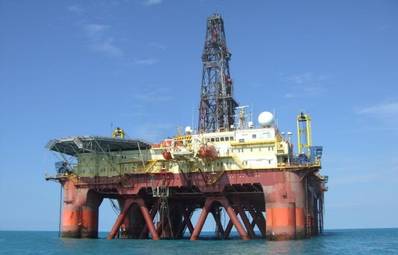 Diamond Offshore Drilling Inc, one of the world's top five offshore rig contractors, reported a better-than-expected quarterly profit as it cut drilling costs and hiked prices, sending its shares up as much as 10.5 percent.

The company - owned 50.4 percent by hotel, energy and financial services conglomerate Loews Corp - also said it would pay a special cash dividend of 75 cents per share on top of its regular quarterly dividend of 13 cents.

Diamond Offshore, which has one of the oldest fleet of rigs, said dayrates rose across all four drilling businesses, while drilling costs fell 1.4 percent in the quarter ended March 31.

"Diamond managed to record better-than-expected cost containment results across all segments of the floater market," Cowen and Co analyst J.B. Lowe said in a note to clients.

The contract driller is adding capacity and upgrading its fleet of 45 ultra-deepwater, deepwater, mid-water and jack-ups rigs, which have an average age of 25.7 years. A rig in service for more than 25 years is considered old.

"We will continue to invest as we grow the fleet but at the same time let's not underestimate the capability of some of the assets that are described as older in our fleet," Chief Executive Marc Edwards said on a conference call.

To be sure, two of the company's 40 plus-year-old deepwater rigs are returning to work in the next two months - one sooner-than-expected and one at a higher rate than expected. (http://r.reuters.com/wap78v)

However, Edwards, a former Halliburton Co executive who took charge at Diamond Offshore in February, warned that 2014-15 "could be a tough environment for offshore drillers."

Demand for contract drilling is softening as vessels ordered during boom times are being delivered now, just as energy companies tighten spending on exploration.

Analysts expect only a modest recovery in demand in the second half of 2014, with rig utilization rates staying below 2013 levels.

While the fall in demand and utilization is likely to affect the entire sector, analysts expect Diamond Offshore to fare worse than rivals, given the age of its fleet.

Diamond Offshore, whose competitors include Ensco Plc , Transocean Ltd and Helmerich & Payne Inc , has two rigs due for delivery in 2014 but has not yet announced any contracts for them.

Diamond Offshore's utilization rates, however, fell for its ultra-deepwater, deepwater and mid-water rigs in the quarter. Rates rose for its jack-up rigs, but that business is the company's smallest.

The company's net profit fell 17 percent to $145.8 million, or $1.05 per share. Excluding a tax gain, its profit of 93 cents per share beat analysts' average estimate of 65 cents per share.

Revenue fell about 3 percent to $709.4 million, also beating the average analysts' estimate of $686.3 million, according to Thomson Reuters I/B/E/S.

Diamond Offshore's shares, which had fallen about 30 percent in the last nine months to Wednesday, were up 7.7 percent at $52.25 in afternoon trading on the New York Stock Exchange.