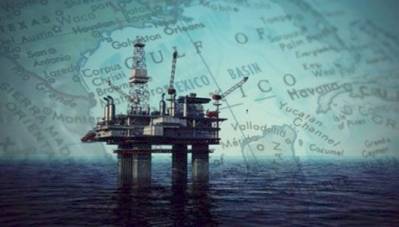 “The President continues to take credit for the surge in domestic oil and natural gas production when the fact is almost all of the increase came from private and state, not federal, lands.

The President spoke again about the need for more jobs. Yet his Administration continues to block expanded domestic offshore energy production on the 85 percent of the Outer Continental Shelf that remains off limits for political reasons, even though developing those areas would usher in an economic renaissance, generating tens of thousands of new jobs and billions of dollars in new revenue to federal and state governments.

Even as he promised to cut red tape so manufacturing facilities can be built quickly, the President committed to prevent energy development on public lands, ignoring that the recent renaissance in domestic manufacturing is made possible by affordable domestic energy.

The President again renewed his attack on American energy producers by proposing tens of billions in tax increases on the oil and natural gas industry by singling out specific tax provisions that are in line with those supporting other important industries.

“It is time for the President to stand by his claims of support for new economic opportunities and a true ‘all of the above’ energy policy by supporting more offshore energy production, which would result in new domestic oil and gas resources, thousands of new American jobs, and billions in new revenue for the government.

I urge the President to use the power of his pen to expand opportunity for more American families by including more offshore areas in the upcoming five year leasing plan. ”

ABOUT NOIA
NOIA is the only national trade association representing all segments of the offshore industry with an interest in the exploration and production of both traditional and renewable energy resources on the nation’s outer continental shelf. NOIA membership comprises about 300 companies engaged in business activities ranging from producing to drilling, engineering to marine and air transport, offshore construction to equipment manufacture and supply, telecommunications to finance and insurance, and renewable energy.