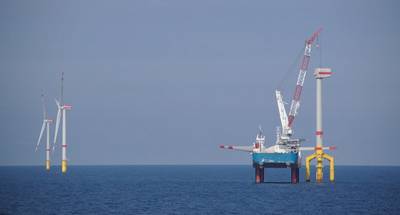 While 2020 proved to be a challenging year for offshore oil and gas markets, the same cannot be said about offshore renewables, which saw substantial growth.

Offshore renewable projects achieved an estimated record project sanctioning of US$56bn, which, for the first time, represents a higher amount than offshore oil and gas (totaling an estimated US$43bn). Investments in the offshore wind sector in particular continued to accelerate in 2020 and the expectation is that these trends will continue into 2021 and beyond.

There are two main types of vessels required to service the offshore wind industry:

a) vessels used in the construction and turbine installation phase; and
b) vessels employed for operation and maintenance.

Bearing in mind that offshore wind projects due to start in 2022 have an average turbine size of 6.1 MW as compared to the 2005 industry standard of 3 MW, the demand for specialized vessels is increasing rapidly. Studies have shown that the global fleet of installation vessels (including vessels currently on order) will be insufficient to meet demand by 2025, with the heavy-lifting vessel segment being the key bottleneck for the industry’s development.

This article explores some of the challenges faced by shipowners when drafting and negotiating shipbuilding contracts simultaneously with an underlying charter (or even as part of a tender process) for offshore wind vessels.

THE IMPORTANCE OF THE INTERPLAY BETWEEN SHIPBUILDING CONTRACTS AND CHARTERS
Similar to the oil and gas sector, the principal commercial issue for a shipowner operating in the offshore wind sector (particularly for those with vessels used during the construction phase) is the relative lack of long-term employment. This means there is a significant element of speculation when constructing newbuildings for the offshore wind construction phase because the renewal of short-term engagements and market rates in the future are unknown. We anticipate investment in the larger projects will be predicated on either medium-term charter commitments or a view on the strong pipeline.

In this context, the interplay between the two main commercial agreements:

the Shipbuilding Contract – between the shipyard (the “Builder”) and the shipowner (the “Owner”) for the design and construction of the vessel; and
the Charter – between the project company or the operator of the project (the “Charterer”) and the Owner setting out the terms on which the Charterer agrees to hire the vessel from the Owner; Will be fundamental to the diligence required by both owners and investors alike, and when drafting and negotiating the two agreements simultaneously there will be a number of points that the Owner will want to pay particular attention to.

SECURING THE SLOT AT THE YARD
"As the demand for specialised vessels increases, it is likely that in order to secure or maintain the required delivery slot from a shipyard, the Owner might have to start to negotiate with the Builder before the Charter is in place."

As the demand for specialised vessels increases, it is likely that in order to secure or maintain the required delivery slot from a shipyard, the Owner might have to start to negotiate with the Builder before the Charter is in place. From the Charterer’s perspective, it (or even the project developer, when this is not the Charterer) may also want to enter into long lead reservation agreements, especially for installation vessels.

CONSTRUCTION PHASE SUPERVISION
Similar to other projects where there is a long-term charter, the Charterer may seek supervision rights during the construction phase, including the right to inspect the vessel during construction and to attend sea-trials. The Owner should consider whether permission to do so should be included in the Shipbuilding Contract.

The Owner will also require permission from the Builder to share plans, drawings, technical information and test results with the Charterer. If the Charterer has requirements regarding quality control/assurance and HSE, these may also have to be included in the Shipbuilding Contract, and a charterer may request the right to require certain modifications, though this will depend on the length of the Charter.

PERFORMANCE GUARANTEES AND LIQUIDATED DAMAGES
A key interface consideration between the Shipbuilding Contract and the Charter is the performance warranties that the vessel is required to meet under each contract. The Shipbuilding Contract will typically include guarantees from the Builder in relation to speed, fuel and power consumption and deadweight and, depending on the type of vessel, may also include lifting capacity and performance in specific weather, with the Owner providing similar warranties to the Charterer under the Charter.

From an Owner’s perspective it is important that, when negotiating the Charter and the Shipbuilding Contract, the Owner ensures that not only are they warranting the same level of performance as the Builder, but also that the remedies under the Shipbuilding Contract are consistent with their exposure to the Charterer in respect of these deficiencies.

If the Owner can cancel the Shipbuilding Contract for performance failures, it may still leave the Owner exposed to liability under the Charter unless the delivery obligations therein are aligned with the Shipbuilding Contract, or the Charterer has agreed to a right to terminate the Charter or provide substitute tonnage. It would be unusual to see the Builder being liable for consequential damages beyond the contractual liquidated damages and this will be important to address in order to mitigate exposure for the Owner.

"If the vessel is not capable of reaching the performance levels as required by the Shipbuilding Contract, the Owner will have the right to receive liquidated damages up to a certain capped amount."

DELIVERY DATE / DELAY IN DELIVERY
Although unusual in ordinary maritime construction projects, the Charterer may want to negotiate a right to defer the delivery of the vessel under the Charter as a number of factors may delay or alter a wind farm construction program.

If this is a feature of the Charter, the Owner should (and will want to) replicate a similar right under the Shipbuilding Contract, and, additionally, should consider how to apportion any additional costs incurred as a result of such deferral.

However, said right may be hard to negotiate with the Builder as most shipyards will have critical path issues, such that an unexpected delay on one project can potentially have severe implications on follow on projects. The Owner ought to take this into consideration before agreeing to such right by the Charterer under the Charter.

The Shipbuilding Contract may contemplate that the vessel will be delivered by the Builder early at the Builder’s option and without further agreement by the Owner. If the Charterer is not required to accept delivery early under the Charter, there may be a (longer) gap before hire becomes payable which would need to be considered in the context of any financing.

The Owner should make sure that no early delivery, or delivery before a certain period, is allowed in the event that it does not have a back-to-back right under the Charter.

Another important aspect to note under the Shipbuilding Contract is the provision on delays in construction.

The Builder will normally have a grace period following the scheduled delivery date (as this date may be extended due to permissible delays, such as force majeure events or delays caused by the Owner) during which no liquidated damages are payable.

At the end of this period, if the vessel still has not been delivered, the Builder starts to incur liquidated damages per day of delay, which will be capped to a certain amount of days.

It will be important that the Owner should be able to cancel the Shipbuilding Contract for delay in delivery under the Shipbuilding Contract in circumstances where the Charterer is able to cancel for delay in delivery under the Charter, but even where this is achieved the Owner may still be exposed to Charterer’s claims for damages for non-delivery (subject to any provisions enabling the Owner to provide substitute tonnage).

The Owner will naturally want the delivery date under the Charter to be extended in case of permissible delays under the Shipbuilding Contract, or else they may face the risk of cancellation of the Charter or having to pay liquidated damages without a corresponding right against the Builder.

"Although unusual in ordinary maritime construction projects, the Charterer may want to negotiate a right to defer the delivery of the vessel under the Charter as a number of factors may delay or alter a wind farm construction program."

The definition of what constitutes a minor non-conformity under both the Charter and the Shipbuilding Contract will therefore be key in these negotiations. Noting that it would be in the Owner’s favor if they are the same or, alternatively, if the definition under the Charter is wider it will avoid a different interpretation under the two documents.

CONCLUSION
While we have highlighted some of the key contractual considerations above, shipowners looking at building and chartering offshore wind vessels should be aware of other important considerations concerning the financing and bankability of a project.

The financing available will depend to a large extent on the employment of the vessel but the options available to an Owner are broad and include ECA-approved financings, pure project financing structures as well as capital markets/funds where the financiers view the vessel financing as supporting the infrastructure projects. However, for each financier or investor, the bankability issues will be key.

The article above was republished with permission from Watson Farley & Williams LLP. 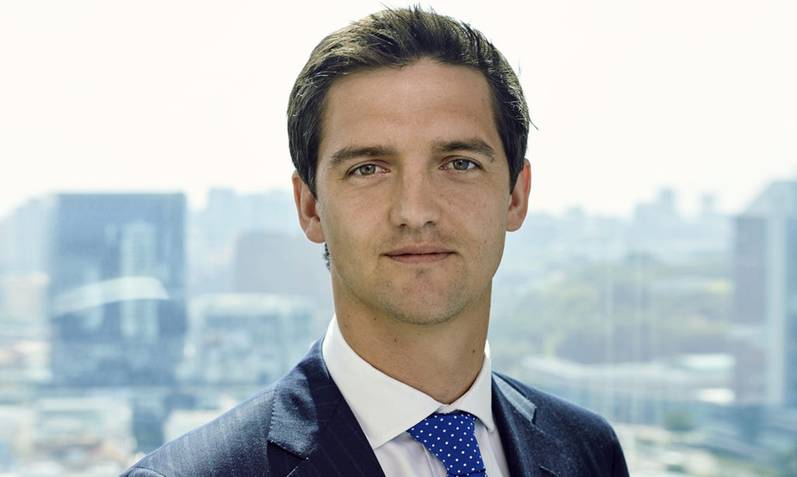 Richard Smith is a Partner in WFW’s Maritime Group in London who specializes in asset finance transactions with a particular focus on the shipping and offshore sectors. 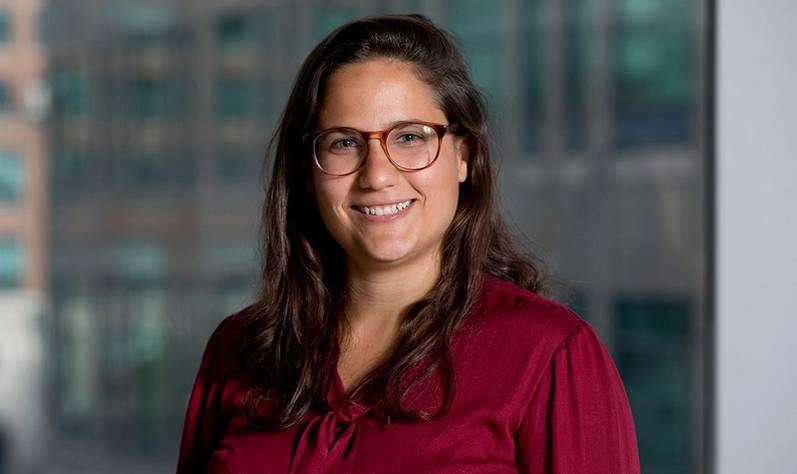 Gabriela Roque is a Senior Associate in WFW’s Maritime Group in London and focuses on a variety of cross-border transactions in the offshore sector involving vessel construction and financing.