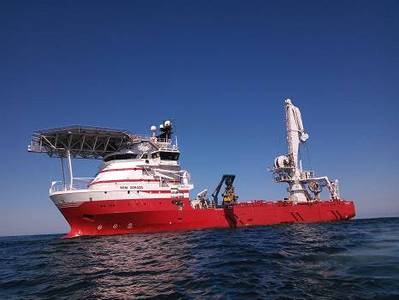 According to Siem Offshore, the new contract has already started and will keep the vessel utilized into the first quarter of 2022. This contract covers the subsea development phase for a new offshore wind farm. The company didn't say who the client was.

This is the second contract award for the Siem Dorado vessel announced by Siem Offshore this month.

On November 11, Siem Offshore said it had won a contract of up to 210 days for Siem Dorado in the offshore wind market, starting during the first quarter of 2022. The Norwegian vessel owner said the up to 210-day firm contract plus options, was with an undisclosed international client.

The contract is set to begin for during the first quarter of 2022. The scope of work covers the subsea development part for a new offshore wind farm.