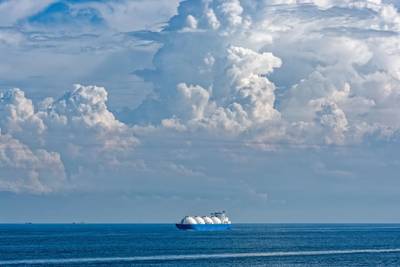 Gas produced from the offshore platforms in the UK North Sea is less carbon-intensive than LNG imported in the UK, the UK oil and gas regulator OGA said Tuesday.

According to the OGA analysis, the production of natural gas from the UK Continental Shelf (UKCS) creates less than half as much greenhouse gas as imported Liquefied Natural Gas (LNG).

Per the OGA, gas extracted from the UKCS has an average emission intensity of 22 kgCO2e/boe; while imported LNG has a significantly higher average intensity of 59 kgCO2e/boe.

Worth noting, the OGA has found that importing by pipeline, especially from Norway, cuts the carbon-intensity further, lowering the average to 18 kgCO2e/boe. This, OGA said, suggests there is still potential for the UKCS to continue to improve its operations and lower emissions further.

The process of liquefaction, combined with the emissions produced by the transportation and regasification of the LNG once in the UK, are responsible for the considerably higher emissions intensity of LNG, OGA said.

In 2019, the UKCS supplied 46% of UK gas consumption. Imported LNG supplied around 21% and the remaining 33% was imported via pipeline.

Current government forecasts suggest that gas will remain a vital part of the UK’s energy mix as the UK moves towards its Net-Zero goal.

Room for improvement in the UK

However, the OGA said, while avoiding higher emissions imports, there is still scope to significantly reduce UK production carbon footprint.

"The industry should rapidly progress this or risk losing its social licence to operate. The OGA considers the oil and gas industry to be well-placed to unlock solutions which will help the UK reach Net Zero greenhouse gas emissions by 2050," OGA said.

To support this, the OGA is currently consulting on integrating the Net Zero target into its overall Strategy and across all its work, including updating the ‘central obligation’ to include emissions reduction.

Hedvig Ljungerud, OGA Director of Strategy, said: “The oil and gas industry is currently having to deal with the effects of the global pandemic and the rapid fall in commodity prices, and we’re working with the government and the industry to safeguard supply and thousands of jobs.

“This data highlights both the need to continue producing our own gas as long as we consume it, to minimize emissions, and support the drive to Net Zero, while pushing ahead with emissions reductions from UK production.”