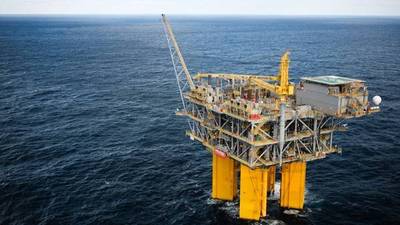 U.S. energy companies were returning workers and restarting operations at storm-swept production facilities along the U.S. Gulf Coast on Sunday, two days after Hurricane Delta barreled through the area.

BHP expect[ed] to complete the return of workers to its Shenzi and Neptune production platforms on Sunday, spokeswoman Judy Dane said, but resuming flows will depend on how quickly pipelines return to service, she said.

It can take several days after a storm passes for energy producers to evaluate facilities for damage, return workers, and restore offshore production. The companies that operate oil and gas pipelines and process the offshore output also shut ahead of the storm.

Cumulative volumes shut-in by Hurricane Delta through Sunday, according to company reports to the U.S. government, amounted to 8.79 million barrels of oil and 8.30 billion cubic feet of natural gas.

The area produces about 1.8 million barrels of oil per day, or 17% of total daily U.S. output, and 5% of daily U.S. natural gas production.

Still remaining shut [were] the Calcasieu Waterway in Calcasieu and Cameron Parishes in Louisiana and the ports of Lake Charles and Cameron, Louisiana, near where Delta made landfall Friday evening.

The ports of Beaumont and Port Arthur, Texas, including the Sabine Pass, which serve major oil and liquefied natural gas processing plants, were reopened with restrictions on Sunday, the U.S. Coast Guard said.

Total SA continued restarting its 225,500 barrel-per-day Port Arthur, Texas, refinery on Sunday. The refinery, which is about 65 miles (100 km) west of Creole, Louisiana, where the storm went ashore, lost power on Friday.

Fast-moving Delta swept over Louisiana on Saturday and became a low-pressure system over the U.S. state of Mississippi later that day. It was south of Knoxville, Tennessee, Sunday morning and moving northeast at 16 mph.

Remnants of Delta were forecast to drop 3 to 6 inches (7.6 to 15.2 cm) of rain on parts of Tennessee, the Appalachian region of northeast Georgia, western Carolinas, and Western Virginia, the National Hurricane Center said on Sunday.

CWind, offshore wind crew transfer specialist, on Tuesday announced the delivery of what it described as "the world’s first…