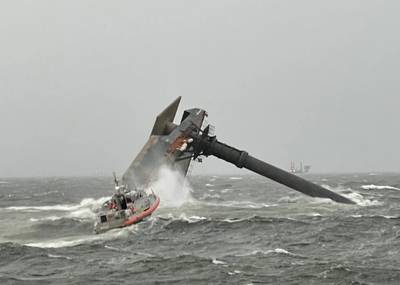 One person has died, a dozen are missing and six others have been rescued after a commercial lift boat used to service oil rigs capsized in hurricane force winds south of Louisiana’s Port Fourchon, the U.S. Coast Guard said on Wednesday.

Rescuers in Coast Guard cutters, aircraft and volunteer civilian boats were hunting for the dozen missing people in the Gulf of Mexico after the 234-foot commercial vessel, Seacor Power, capsized in rough seas eight miles off Port Fouchon about 4:30 p.m. on Tuesday, officials said.

Searchers were “saturating the area,” said Coast Guard Captain Will Watson, who added that some people could still be trapped on the crippled vessel.

“We’re giving it everything we have,” he said.

“Unfortunately one person was recovered deceased on the surface of the water,” he said, adding that the winds were about 80 miles per hour (129 km per hour) to 90 mph in 7- to 9-foot seas at the time of the accident.

Two people were rescued by the Coast Guard and four others were pulled from the water by other vessels, he said. 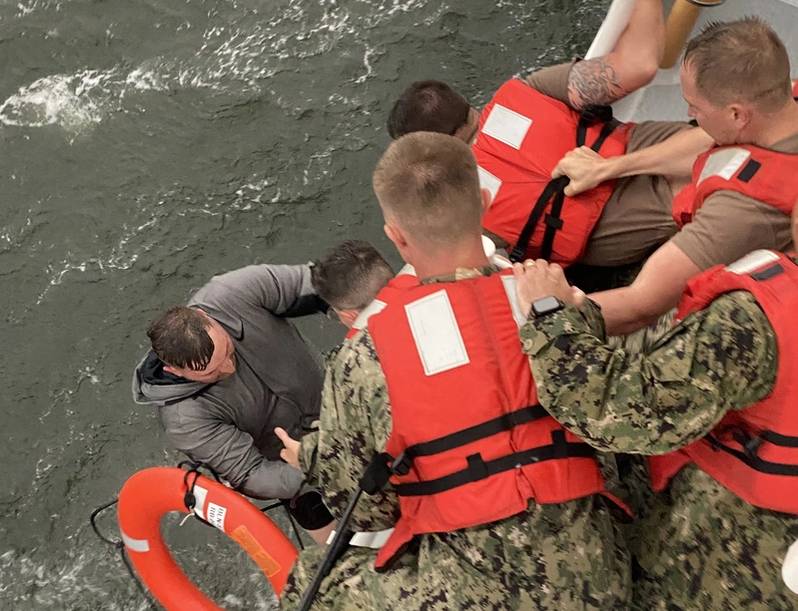 “My heart and the collective hearts of our team goes out to the families,” Watson said, adding that they ware working to find other survivors.

High winds with some hail and flooding from a line of thunderstorms are expected to continue in southeastern Louisiana, according to the National Weather Service. A flash flood watch is in effect till Thursday morning.

A lift boat, also called a “jack barge”, has extendable 250-foot legs that can reach the sea bottom. The vessel is often used by energy companies for offshore construction projects or to service oil rigs.

The vessel is owned by Seacor Marine, a transportation company based in Houston.

“We are deeply saddened by the news of the vessel capsizing and we are working closely with the U.S. Coast Guard and local authorities to support the rescue efforts to locate our valued team members,” a spokeswoman told Reuters.

“Our hearts and prayers go out to everyone involved,” she said.