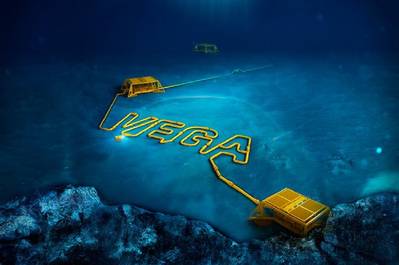 Wintershall has taken over the operatorship of the subsea oil and gas field Vega from Statoil, Wintershall announced today.

The takeover of the Vega operatorship is part of a transaction with Statoil that was completed in December 2014. Winteshall is currently producing more than 60,000 barrels of oil equivalent per day in Norway. The company also purchased shares in the Aasta Hansteen gas development and the Polarled pipeline project as part of the same deal.

“Becoming the operator of Vega means that we are building up our expertise as a subsea operator on the Norwegian Continental Shelf. Subsea fields are already a vital part of the oil and gas infrastructure in Norway and we believe they will grow in importance. With Vega we are gaining the experience that will be crucial in operating our future own developments, like the Maria Field in the Norwegian Sea,” said Bernd Schrimpf, Managing Director of Wintershall Norge.

“It has always been our plan to operate a growing proportion of our own production. Taking on our second operatorship underlines our long-term approach in Norway: We are operating fields, belonging to the major producers on the shelf, and we are involved in some of the most exciting developments in Norway,” said Solheim.