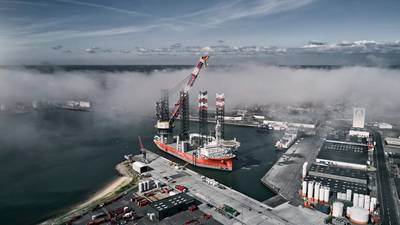 "With this upgrade, Pacific Osprey ranks among the most sophisticated windfarm installation vessels on the market, offering high-end solutions for even the most ambitious offshore wind projects," Swire Blue Ocean said.

“It is an amazing time for all of us in the company and in offshore wind. Pacific Osprey is bringing new force to the offshore wind supply chain and we look forward to seeing her back in operations,” says Chief Executive Officer, SBO, Mikkel Gleerup.

The crane installation project was completed successfully on May 30. The lift of the boom onto Pacific Osprey was executed on April 14 by NOV with the use of two shore cranes and was followed by the installation of the wires and hooks.

After Pacific Osprey had passed a series of load tests, the final commissioning phase was executed on May 8. 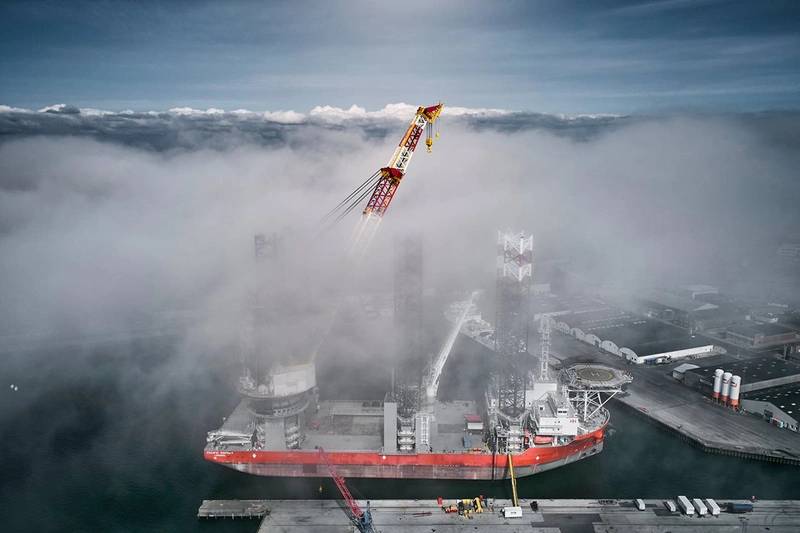 In the project’s final days, SBO contracted Semco Maritime to install the hook baskets and hook basket supports; this scope required insertion of a steel structure through the vessel’s accommodation. Semco Maritime also elevated the navigation lights to ensure visibility when the new boom is at rest.

“We are very happy to see Pacific Osprey completed with her extended crane boom and look forward to seeing her leave port for operations again. Our contractors and subcontractors have worked with an exceptional level of cooperation throughout the various phases of the installation, and our crew members have provided excellent support to the teams at all times,” says Head of Marine Operations, SBO, Kim Tribler.

Swire Blue Ocean (SBO) was in January awarded a contract by Vattenfall for the installation of the Siemens Gamesa wind turbines at the Hollandse Kust Zuid wind farms in the Dutch North Sea.

Using the Pacific Osprey vessel, Swire Blue Ocean will transport the various components of the approximately 140 turbines from the preassembly site on the Dutch coast to the Hollandse Kust Zuid wind farm zone where they will then be installed.

Offshore wind turbine installation company Fred. Olsen Windcarrier back in March said it had struck a deal to equip one of…