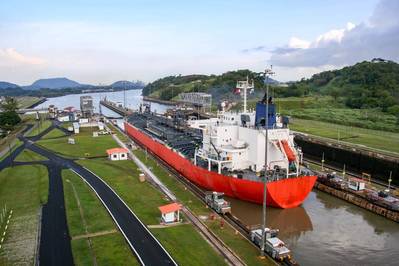 These record-setting results reflect the Canal workforce's commitment to efficiency and ongoing investments in infrastructure, which will allow the waterway to meet the growing demand and offer a reliable and safe service to customers.

Results by segment
During FY19, transits for the liquefied natural gas (LNG) and liquefied petroleum gas (LPG) segments rose by 37.6 and 6.9 percent respectively, representing the largest gain across all segments. Additional segments with significant transit increases included crude product tankers with a 5.6 percent increase and vehicle carrier/RoRo with a 5.5 percent increase, compared to the previous fiscal year.

The main users of the waterway during FY19 were the United States, China, Japan, Chile and Mexico.