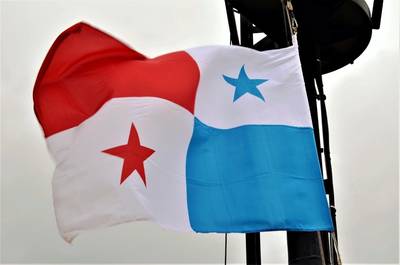 Panama's vessel registry, the world's largest, has withdrawn its flag from 136 ships linked to Iran's state oil company in the last four years, the country's maritime authority said this week, pushing back against claims by an anti-nuclear group.

Shipments of Iranian crude hit all-time highs in the last two months of 2022 and had a strong start this year, according to flow tracking firms. Those gains come despite U.S. sanctions on companies it accuses of helping Iran export oil, mainly to China and Venezuela.

On Monday, former Florida Governor Jeb Bush called on Washington to pressure Panama to stop "helping" Iran to evade sanctions. Bush is a member of United Against Nuclear Iran (UANI), which seeks to prevent Iran from becoming a nuclear-armed regional superpower.

"The Panamanian registry canceled 136 ships in which their direct link with the National Iranian Oil Company (NIOC) was proven," Panama's Maritime Authority (AMP), which runs the vessel registry, said in a statement late on Tuesday.

The owners of several ships accused of belonging to Iran's network are registered in Panama, independent organizations have said.

Panama has the world's largest vessel registry, providing its flag to some 8,650 ships, according to official data.

AMP is in the process of canceling the registration of tanker Glory Harvest after a probe finished without having received the information required by authorities, it said.

"This administration has complied fully with the obligations and procedures at all times ... and we have always started the investigation of the facts as soon as we received the information of alleged violations, respecting due process and constitutional guarantees," AMP said.