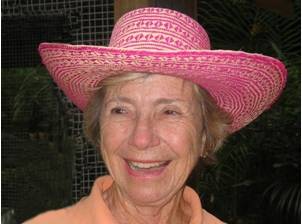 Mrs. Crowley was born Nov. 27, 1938 in Portland to Dorothy and Peter Murphy. She was the third of eight children, and attended grade school at St. Thomas More Catholic School and high school at Holy Child Academy in Portland, and college at Manhattanville College in Purchase, N.Y.

Crowley met her late husband, Thomas Crowley, Sr., chairman, president and CEO of Crowley Maritime Corporation, on a ski vacation in Switzerland. The two claimed it was love at first sight and they were married for many years prior to his death in 1994. She was a longtime member of Crowley's board of directors and oversaw the growth of the 118-year old maritime and logistics services company into nearly a $2b a year powerhouse.  Her stepson, Tom Crowley Jr., is the chairman, president and CEO today.

She was also an avid aviator. She followed in her husband's footsteps and earned her own pilot's license. The pair would often fly their plane to Washington to visit their vacation home on Blakely Island in the San Juan Island chain. She piloted her last cross-country trip last month from the West Coast to Crowley's headquarters in Jacksonville, Fla. for a board of directors meeting.

Crowley was active on several philanthropic fronts. She was on the board of trustees for 11 years and a major donor to Manhattanville College where she was named outstanding alum of the year in 2001; a significant contributor to the restoration of the Cathedral of Christ the Light in Oakland; a longtime board member of the Woods Hole Oceanographic Institute in Massachusetts, and a board member of the Fine Arts Museum in San Francisco. She was active in the San Francisco Opera and the California Patrons of the Arts of the Vatican Museums.

Crowley was preceded in death by her parents, Dorothy and Peter, and her husband, Thomas Crowley Sr.

A rosary will be held at 7 p.m. Friday, March 26th at Cathedral of Christ the Light in Oakland, and a Catholic Mass the following day at 10 a.m. at the same Cathedral. Funeral arrangements are with Chapel of the Chimes in Piedmont, Calif. they may be reached at (510) 654-0123.

In lieu of flowers the family requests that donations in Crowley's name be made to: Cathedral of Christ the Light in Oakland, Calif.