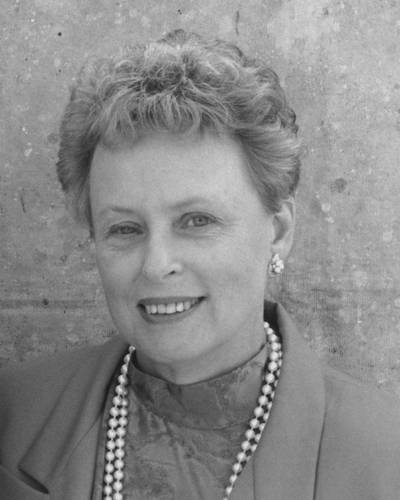 Pauline Delia (Duperre) Duclos, age 87, wife of George Duclos, the former CEO of Gladding-Hearn Shipbuilding, died peacefully on April 24, 2021, surrounded by her family. The daughter of the late Jean Baptiste and Claire (Paradise) Duperre, she was born in 1933 in Warren, R.I. Pauline spent most of her life in Westport, Mass., enjoying summers on the Watuppa Pond and moving to the Pond permanently in 1960.

Pauline is survived by her four children: John (Kimberly), Peter (Kimberly), and Carol Hegarty (Steven) of Westport, Mass., and Victoria Barrett (James) of Tiverton, R.I.; sister Lucille Stringer (Robert) of Warren, R.I.; twelve grandchildren and two great-grandchildren, along with several nieces and nephews. In addition to her husband George and her parents, Pauline was predeceased by her sister, Doris Vincent of Brunswick, Maine.

After raising her children, Pauline joined her husband, George, in the ownership and management of Gladding-Hearn Shipbuilding, Duclos Corporation, as treasurer and HR manager in 1983 and later chief financial officer. Together, they grew the business that became recognized worldwide as the premier builder of small commercial vessels, including, high-speed catamaran ferries, pilot and patrol boats, tugboats and research vessels. Upon her retirement in 2011, the company had built nearly 400 vessels.

Pauline was married to George for over 65 years. They were best friends, business partners and ardently devoted to each other. Together, they enjoyed their home on the Watuppa Pond, boating along the East Coast on their boat Gemini, and skiing in the White Mountains of New Hampshire. Her favorite things were skiing fast and swimming with her family.

Pauline showed her family how to make a beautiful and meaningful life, to make the best of all situations, and how to have fun. Family relationships were of utmost importance to her and family harmony became her legacy.