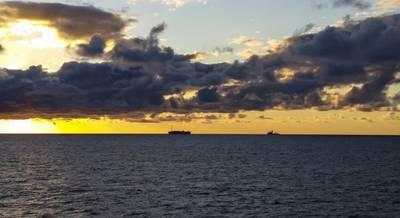 Brazil's offshore oil industry has been hit hard by the novel coronavirus. Executives disclosed on the Friday call that there are some 160 confirmed cases of the virus among employees or contractors of Petroleo Brasileiro SA, as the company is formally known. Dozens of those cases were contracted on offshore oil facilities, where employees typically eat, sleep and work in tight quarters.

Oliveira did not specify how much production may have been lost after the two FPSOs were evacuated earlier this month. The FPSO Capixaba, owned by Petrobras contractor SBM Offshore NV, was responsible for roughly 14,400 barrels per day of oil production according to the most recent data collated by the ANP, Brazil's oil regulator. The Cidade de Santos, owned by Japanese oil services firm Modec Inc, was responsible for about 16,900 bpd of production, according to ANP data.

Petrobras is already in the process of cutting its production by 200,000 bpd as the coronavirus outbreak has pummeled demand.

Oliveira added on the call that the company will be delaying all planned maintenance stoppages at its platforms until the second half of the year to limit large agglomerations of workers.