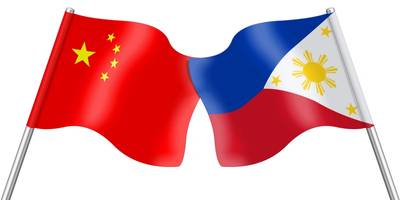 The Philippines is looking to seal a pact with China within a few months to jointly explore for oil and gas in a part of the busy South China Sea waterway claimed by both countries, a Philippine official said on Monday.
In February, the two countries agreed to set up a special panel to work out how to jointly explore for offshore oil and gas in areas both sides claim, without needing to address the touchy issue of sovereignty.
"We're trying to see if we can achieve an agreement, hopefully within the next couple of months," Jose Santiago Santa Romana, Philippine ambassador to the People's Republic of China, told a news conference held on China's island province of Hainan.
There is political willingness to land a deal, but both parties could take as much time as needed to ensure the goals are met, Santa Romana said at the event, aired live on Facebook, adding that the Philippines aimed to boost its energy security.
Beijing claims most of the South China Sea, a key trade route with areas believed to hold large quantities of oil and natural gas. Parts of it are subject to competing claims from Brunei, Malaysia, Taiwan and Vietnam, besides the Philippines.
Philippines President Rodrigo Duterte on Monday flew to China for the Boao Forum for Asia, and will meet Chinese President Xi Jinping on Tuesday.
Last month, the Philippines identified two areas in the South China Sea where joint exploration for oil and gas may be undertaken with China.
But any potential deals between Manila and Beijing should be agreed with a company and not the Chinese government, the presidential spokesman said.
The idea of joint development dates from 1986, but disputes and the sovereignty issue have kept it from materialising.
In 2016, the Permanent Court of Arbitration in the Hague ruled that portions of the contested areas were part of the Philippines' 200 nautical mile Exclusive Economic Zone, and Manila had sovereign rights to resources there. China refuses to recognise the ruling.