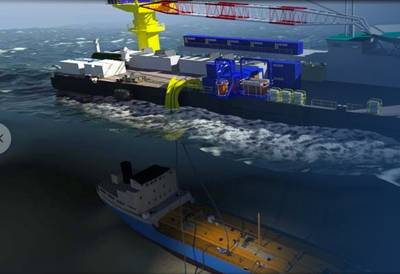 Royal Boskalis Westminster N.V. (Boskalis) subsidiary SMIT Salvage has been awarded a contract to remove a damaged jack-up platform from the seabed offshore Angola. Including the award of this contract, SMIT Salvage has acquired approximately USD 70 million of work year to date.

During its installation in July 2013, the platform suffered a punch-through and subsequently rolled over and sank to a depth of 30 meters.

This contract follows extensive site surveys and other preparatory activities carried out by a Boskalis survey team and by SMIT Salvage last September.SMIT Salvage will remove the hull, legs and other components originating from the jack-up platform for which it will mobilize a diving support vessel, a work barge, anchor handling tugs and specialized equipment.

Boskalis inform that following the receipt of the required permits the salvage operation is expected to commence in the second quarter of 2014.