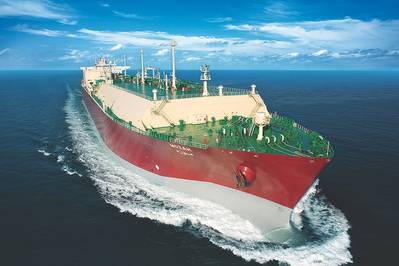 The company currently imports most of the gas it sells to its customers from Russia's Gazprom, but Warsaw has taken steps to reduce that reliance so that it does not have to extend a long-term deal on gas supplies after 2022, when it is scheduled to expire.

It has bought more LNG from Qatar and the United States and has signed import deals with companies including U.S. firm Venture Global which is developing the Calcasieu Pass LNG terminal.

"We are now organising ourselves, signing agreements with Venture Global and other companies for LNG supplies to Poland," said Maciej Wozniak, vice president Of PGNiG's management Board.

With part of the supply deals signed on a free-on-board (FOB) basis, meaning the buyer has to arrange their own shipping, the company has started a tender process for term charters, he said at a gas conference in Singapore.

"We know that some big players like Qatar Gas are going to invest more in vessels, that's why we would like to have 6 to 8 vessels starting from the beginning of 2022 or 2023," he said.

PGNiG is also considering re-exporting some of its gas in future, Wozniak said.

"We are preparing ourselves for being able to re-export some bits of extra supplies, probably and hopefully to the Asian market," he said.