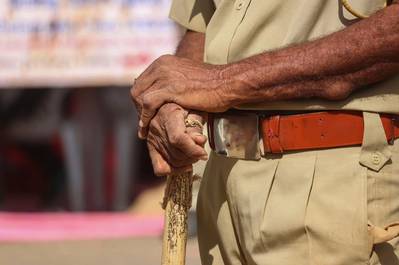 Police in southern India on Tuesday ramped up security around the $900 million transhipment port being built by billionaire Gautam Adani's conglomerate after scores of people were injured in clashes with protesters from a Christian fishing community.

Construction at the mega port project in Vizhinjam on the southern tip of India has been halted for more than three months by the protesters, who have blocked the site's entrance with a makeshift shelter. They blame the port's development for coastal erosion that has hit their livelihoods, an accusation the Adani Group denies.

Over the weekend, villagers stormed a police station to protest the arrest of some opponents to the project, and more than 80 people were injured during the clashes, including 36 police. To prevent fresh violence, Kerala state police were sending reinforcements to the Vizhinjam area, senior police officer Ajith V told Reuters.

"We are getting ready to face any situation," he said. At the station, located some 3 km (2 miles) from the port, more than 100 police officers, some armed with batons, stood guard.

Another state police officer, who declined to be named, said security had also been increased around the port which is near Kovalam beach, an area popular with tourists.

The port is of strategic importance to both India and Adani, Asia's wealthiest man and the world's third-richest.

The first phase of construction was due to be completed by end-2024. The Adani Group has said in court filings that the protests have caused "immense loss" and "considerable delay".

The company has lodged a lawsuit against the Catholic priests leading the protests, as well as the government of Kerala for not taking any action.

But despite court orders saying the protests should not interfere with construction, the villagers have refused to budge, saying they will only remove their shelter - a 1,200 square feet structure consisting of poles holding up a corrugated iron-roof -  once the project's construction is called off.

"The protests will continue," one of the protest leaders, Joy Jerald, told Reuters near the shelter.

The Adani Group says the port complies with all laws and has cited studies that show it is not linked to shoreline erosion. The state government also says any erosion was due to natural causes.

Adani has earlier faced protests in Australia, where environmental activists had launched a "Stop Adani" movement to protest his Carmichael coal mine project in Queensland state. There, activists concerned about carbon emissions and damage to the Great Barrier Reef forced Adani to downsize production targets and delayed the first shipment from the mine by years.

Developers of the Moray West offshore wind farm in the UK have selected Invergordon port in the Cromarty Firth, Scotland…