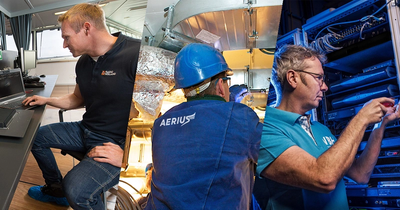 With this transaction, Pon Holdings will become 100% owner of RH Marine Group.

The proposed acquisition is pending approval of competition authorities and involved works councils. The parties involved aim to complete the acquisition before the end of January 2020.

RH Marine Group is a holding company consisting of three well-established companies: Radio Holland Group (Rotterdam), VBH (Amsterdam) and Aerius Marine (Hamburg). Each having their own specific field of expertise and portfolio they serve a wide range of maritime (sub) segments
and customers all over the world.