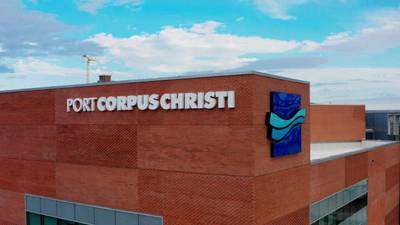 “I commend our customers for their continued growth and recovery from what was arguably the largest demand destruction period in modern history as a result of the pandemic. It’s an amazing milestone to start the Port of Corpus Christi’s centennial year with these new records, highlighting the importance of this gateway to the State of Texas and the Nation,” said Sean Strawbridge, chief executive officer for the Port of Corpus Christi. “With the Corpus Christi Ship Channel Improvement Project on the verge of receiving full project closeout funding from the federal government, coupled with the abundance of opportunities in energy transition initiatives, we have the table set for meeting the increasing energy demands of the global markets both today and well into the future.”

The latest tonnage and revenue records come on the heels of the Port of Corpus Christi setting an annual tonnage record in 2021 at 167.3 million tons, a 4.7% increase from the prior record in 2020. That new high mark was fueled primarily by an 81.2% increase in LNG exports, as well as increases in break bulk cargo, which includes wind energy components and natural gas liquids, as well as refined products such as diesel and motor gasoline.

“The appetite for American energy remains stronger than ever, and the Port of Corpus Christi is committed to fulfilling that need as The Energy Port of the Americas,” said Charles W. Zahn Jr., Port of Corpus Christi commission chairman. “As we celebrate the port’s 100th year of existence, the future of our region remains optimistic as we continue to focus on facilitating maritime commerce and fostering economic development for the Texas Coastal Bend.”