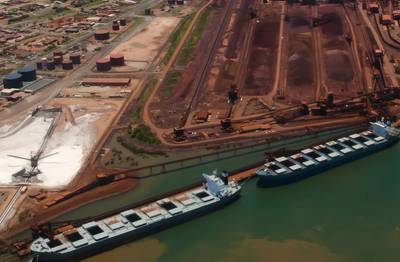 Australia's shipments of iron ore to China from the world's top export hub of Port Hedland jumped to 38.7 mln tonnes in April, data from the port authority showed on Friday.