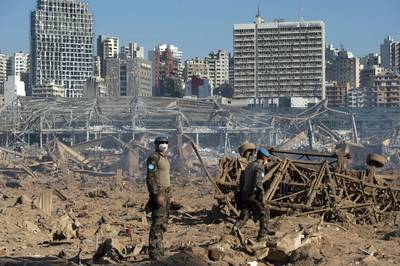 Lebanese authorities have arrested 16 people in an investigation into the Beirut port warehouse explosion, state news agency NNA said on Thursday, and a judicial source and local media said the port's general manager was among those being held.

NNA did not name the individuals, but quoted Judge Fadi Akiki, a government representative at the military court, as saying authorities had so far questioned more than 18 port and customs officials and others involved in maintenance work at the warehouse.

A judicial source and two local broadcasters said Beirut Port General Manager Hassan Koraytem was among those held. Earlier, the central bank said it froze the accounts of seven people including Koraytem and the head of Lebanese customs.