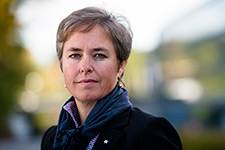 Statoil is divesting its 5% participating interest in the ENI-operated block 15/06 offshore Angola to the concessionaire Sonangol E.P.

The transaction, subject to customary closing conditions, includes a consideration of $200 million and an effective date of January 1, 2013.

Statoil in Angola
The Angolan continental shelf is the largest contributor to Statoil's oil production outside Norway and is a key building block for Statoil’s international production growth.

Statoil’s equity production from Angola equalled approximately 200,000 barrels of oil per day in 2013. In addition to the ownership in four producing assets, Statoil also holds participating interests in several other licenses including exploration blocks in the Kwanza basin offshore Angola.