Norway: We Must Prepare for Arctic Oil Race with Russia 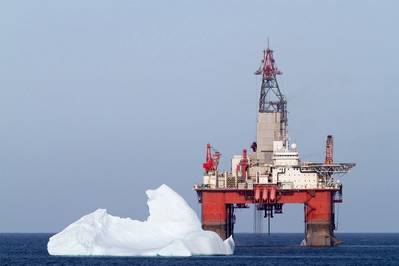 Norway must identify potential offshore oil and gas reserves near its northern maritime border with Russia to better protect its economic interest in the remote Arctic region, energy minister Terje Soeviknes said on Wednesday.
The two countries agreed in 2010 to split previously disputed areas of the Barents Sea between them, allowing each to exploit resources hidden beneath the seabed.
An increase in drilling activity on the Russian side of the border should lead Norway to push its own agenda, the minister said.
"We need to start the discussion about what to do in the far north. We see a development on the Russian side of the border, where they are drilling and likely will find oil," Soeviknes told an energy conference in Sandefjord.
"If they come across a big find that straddles the border, we must be prepared to do our utmost to secure Norwegian economic interests ... This is why we must continue to map out these areas."
All exploration licences on the Russian side of the border are operated by Rosneft.
The Norwegian Petroleum Directorate (NPD) estimates that Norway's part of the Barents Sea holds nearly two thirds of the Nordic nation's yet-to-be discovered offshore resources.
The northern part of the Barents Sea, not yet open for exploration, has the biggest potential, with undiscovered resources estimated at 1.4 billion cubic metres (8.6 billion barrels) of oil equivalents, NPD has said.
The government plans to start working on a resource management plan for the Barents Sea, which is expected to be presented to parliament in 2020.

Norway is western Europe's largest producer of oil and natural gas but but a drop in output is expected from the mid-2020s unless significant new discoveries are made.