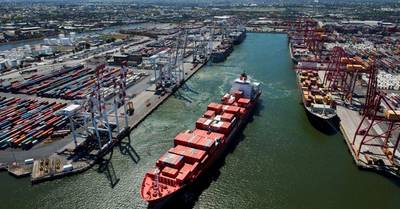 Investors are now shifting their attention to Victoria's port of Melbourne while the observers pondering with the question whether the looming sale of the Port of Melbourne be a bonanza for the state or a burden for business and consumers?

A report in the Age says that the selling the port - or more accurately, leasing it out long-term - is a policy both sides of politics took to November's state election, though each had different ideas about how to use the one-off windfall.
The port is the key to Melbourne's fortunes. The locus for more than a third of Australia's container trade, the port and the freight industry that it drives makes up 8 per cent of gross state product - or almost one in every $10 Victoria earns.
Melbourne is the last big container port in Australia in public hands, a valuable state asset the Andrews government is determined to sell off so that it can pay for its signature election promise to remove 50 level crossings.
The Victorian Greens don't want the port sold, and their opposition could prove a stumbling block for Labor given the minor party holds the balance of power in the upper house along with a clutch of independents.
The value of the lease has been estimated at between $5 billion for a medium-term and $6 billion for a longer-term lease, although these are speculative figures that have been neither confirmed nor denied by a government that is loath to name its asking price in public.