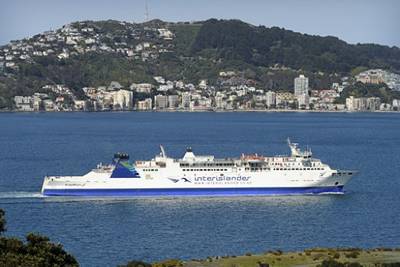 The propeller had been lost earlier this month from the Interislander ferry, the 'Aratere', which is expected to be out of service for 6 months as a result, but the propeller has now been found in Cook Strait by Seawork Salvage Co., contracted by KiwiRail, reports Radio New Zealand.

The propeller was discovered about two nautical miles from Tory Channel, by using sonar equipment and an unmanned vehicle. Citing a Seawork spokesman, Radio NZ say that the company will probably use its survey vessel, the unmanned submarine [sic] and another ship to salvage the propellor.

KiwiRail spokesperson Sophie Lee informed the news channel that it will take about two weeks to prepare equipment for the retrieval, which would also depend on weather conditions. The propeller weighs around six tonnes and would cost around $200,000 to replace.