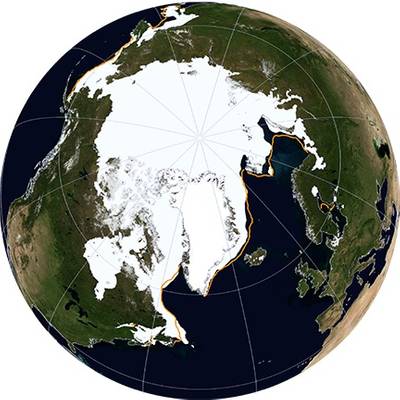 Antarctic sea ice reached its annual minimum on February 23, and was the fourth highest Antarctic minimum in the satellite record.

While this continues a strong pattern of greater-than-average sea ice extent in Antarctica for the past two years, Antarctic sea ice remains more variable year-to-year than the Arctic.

To read the full analysis from NSIDC scientists, see http://nsidc.org/arcticseaicenews.