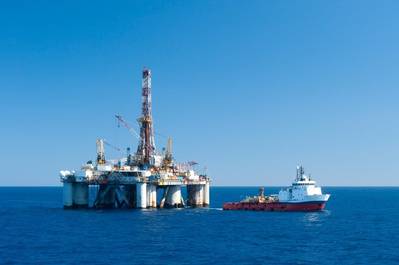 Trucks, trains, ships and oil rigs are all potential targets for criminal organizations.

Organizations that own, use or transport high value assets recognise the need to protect their goods and employees, especially when they are at their most vulnerable - when in remote or isolated situations, at night and when operating alone. By their very nature, trucks, trains, ships and oil rigs are all potential targets for criminal organisations. Furthermore, monitoring systems, early warning and deterrent technology have not been available to address this need at a remotely affordable cost. As a result, there has been an uneasy acceptance that in certain parts of the world, piracy, hijacking or theft are facts of commercial life. However, a refusal to accept this situation has helped to push this issue to the top of the EU agenda.

Maria Andersson, at FOI, the Swedish Defence Research Agency and Technical Co-ordinator for ARENA explains the challenges in protecting high value assets on both land and at sea.  She describes how the basis for a solution to the problem has been developed through the ARENA (Architecture for Recognition of thrEats to mobile assets using Networks of Affordable sensors) research & development project which is part-funded by the European Commission's FP7 Security Research Program. Dr. Andersson explains how the generic surveillance system that has been developed could provide robust, proactive threat detection and recognition, while being able to differentiate between real threats and false alarms across a range of environments using an affordable system of sensors.

Pirates, highwaymen and train robbers may all sound faintly quaint and old fashioned, but anyone involved in the transport industry will tell you that their modern counterparts are as big a threat as they ever were. There is every sign that they will remain so, as long as goods and vehicles remain vulnerable when on the move and isolated. While the threat looms large, the technology installed on vehicles to detect potential security breaches remains crude in comparison to that now becoming available for static deployment.

A ship, a lorry or a train is often highly secure while in a port or depot, being physically protected and under close surveillance, but once outside they are a relatively soft target for bands of organized and often dangerous criminals. The theft of high value, high risk products in transit cost businesses over €8.2 billion a year, according to recent European Union figures. Since the terrorist attacks on New York on September 11th 2001 the threat of terrorism has also loomed large over the transport sector. Oil rigs' isolation means they face similar threats.

Terror organizations may engage in theft to fund their operations or they may see it as an end in itself, potentially disrupting, destroying or capturing vehicles containing hazardous or dangerous materials such as chemical liquids, gas, or radioactive material. After the September 11th attacks the United Nations agreed proposals to enhance the security of dangerous goods in transport. Terror organizations have demonstrated their willingness to target mass transportation networks along with other areas of critical infrastructure.

Over 70 per cent of all goods transported in the EU are transported using road haulage, a transport method which carries one of the highest risks of being victim of criminal activity. Truck thieves generally steal the whole vehicle or break into trailers to take the contents, sometimes cutting panels and causing other costly damage to gain access. Drivers too are vulnerable to attack and theft. The most common place for a truck to be attacked is at an unguarded parking lot while the driver is asleep. Large cities, like London and Madrid are the biggest hot spots, but countries like Belgium also have a problem. In the UK alone, 324,000 crimes were recorded against the transport and storage sector in 2012.

The threat is equally pressing at sea as it is on land. Modern day piracy has presented a significant challenge since civil war broke out in Somalia in the early 1990s with an upsurge in recent years posing a threat to critical maritime infrastructure. There were no fewer than 49 piracy incidents in the first quarter of 2014 according to the International Maritime Bureau (IMB), an offshoot of the International Chamber of Commerce focussed on fighting maritime crime. Two of these vessels were hijacked, 37 boarded and five fired on board. Five more attempted attacks were reported. There were 12 reports off the Africa's west coast, including the hijacking of two vessels with 39 crew taken hostage and two kidnapped.

Security on the move
The impossibility of securing all main roads, rivers and open seas means the ships, trucks and trains they convey need to be equipped to detect threats themselves. Advance warning offers the chance to evade, deter or repel an intruder.

A European Commission-backed research project called ARENA, short for Architecture for Recognition of thrEats to mobile assets using Networks of Affordable sensors, has attempted to deliver a solution which could work in a wide range of transport scenarios. There are currently no affordable early warning or deterrent technologies to address the threat.

Its research built on existing work on the surveillance of public spaces. No new sensor development was done. Instead, the team focussed on exploiting existing, low-cost sensor technologies like visual and infra-red video, acoustic sensors, seismic sensors and radar. It also built on other work, such as the Integrated Mobile Security Kit where a multi-sensor surveillance system is installed in a van which can be brought to public space when needed. Another contributing technology, known as ADABTS (Automatic Detection of Abnormal Behaviour and Threats in crowded Spaces), addresses automatic detection of abnormal human behaviour that might signal crime is afoot. And another, called SECTRONIC, is a 24-hour small area surveillance system for maritime application.

ARENA also aimed to minimize nuisance the system might cause if it were to go off for no reason. Humans are naturally good at putting together lots of fragmentary information and signals and spotting what is a threat and what is not. Machines on the other hand are not. The ARENA system combined complementary sensors to reduce false alarm rates. The threat-detection task was also broken down into four interconnected steps: object detection, object tracking; event recognition; and threat recognition. The fewer the bystanders to the vehicle, the easier the system could interpret what is going on, meaning that it would be easier to detect a threat in a quiet railway siding than when standing by a busy platform. For the same reason, trains may, on the whole, prove easier to protect than trucks, which often park in places where there is innocent foot traffic.

The project also tackled the sensitive legal and ethical issues involved in surveillance and electronic security, particularly those revolving around privacy. It will be crucial to have the consent of the driver for any camera system which secures a vehicle on the basis of facial recognition. Facial recognition cameras were only used in the cab of a vehicle, so presented no challenge in respect of the privacy of passers-by.

ARENA's innovative combination of existing surveillance technology provides autonomous monitoring and situational awareness of the environment surrounding critical mobile assets, alerting personnel to threats. In achieving this goal it has the potential to fill the yawning security gap between harbours, depots and garages, currently a cash cow for criminals and potentially a loophole exploited by terrorists.

There has been an uneasy acceptance that piracy, hijacking and thefts are facts of commercial life, particularly when trading in some parts of the world. But a growing refusal to accept this situation has helped to put the issue to the top of the EU agenda. ARENA may signal the beginning of a fundamental shift in the balance of power away from criminals, improving the safety of transport personnel and ultimately, cutting costs for everyone.