How to Recycle a Ship Safely and Sustainably 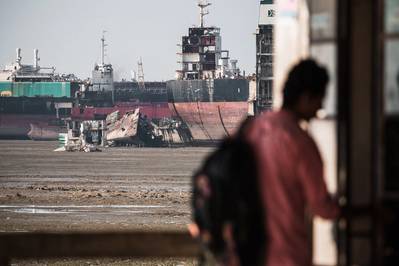 Shipbreaking is among the most dangerous jobs in the world, according to the International Labor Organization. This is the process of breaking up huge old ships into spare parts. It almost always happens in developing countries and comes with an unacceptably high level of fatalities, injuries and work-related diseases.

In November 2016, 17 people were killed in a series of explosions on an oil tanker at a shipbreaking yard in Gadani, Pakistan. In 2019 alone, it was reported that 26 shipbreakers died in Bangladesh. This is an industry that could be so much safer.

Shipbreaking itself is important and useful. After about 30 years, the structural strength of most ships deteriorates and they become unprofitable to repair and maintain. At this point, it is possible to extract valuable materials such as steel, iron, aluminium and plastics for recycling. When compared to sinking or abandonment, recycling is by far the most environmentally-friendly and economically sound way of getting rid of old ships.

Most end-of-life ships sold for dismantling today end up in the south Asian countries of India, Bangladesh and Pakistan, as well as more recently the West African countries of Nigeria and Ghana. In these countries ship recycling is lucrative, supports many livelihoods and serves as a source of raw materials for local industries.

One person in Lagos, Nigeria we interviewed as part of our academic research on shipbreaking told us that “local youths scavenge for heavy metals such as copper, brass and bronze from the ships (especially the propeller)”. He claimed the propeller alone could fetch as much as £40,000. In Bangladesh, it is estimated that about 36,000 people are employed in shipbreaking, and half of the country’s total steel is salvaged from dismantled ships. 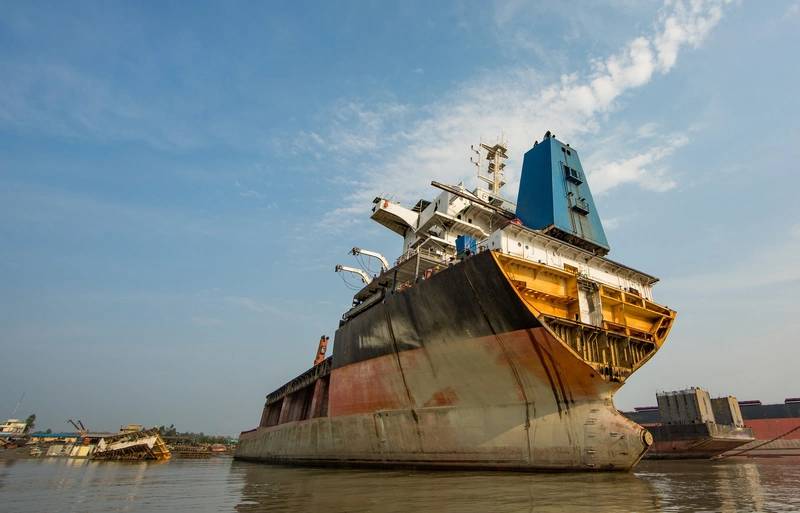 Human and environmental impacts
But it is increasingly clear that when these ships reach the end of their lives, they pose a threat to people and the environment. A 2010 report by the World Bank, the most recent reliable study we can draw on, estimated that by 2030 Bangladesh and Pakistan would have accumulated millions of tonnes of hazardous waste from shipbreaking.

This would include 85,000 tonnes of asbestos, 256,000 tonnes of hazardous chemicals known as PCBs, mainly from cables, 225,000 tonnes of ozone-depleting substances, 75,000 tonnes of paints containing heavy metals and toxins, 720 tonnes of heavy metals, nearly 2.2 million cubic metres of liquid organic waste and over a million tonnes of other hazardous wastes. Studies have also shown shipbreaking pollutes the surrounding sediment and sea water, harming nearby marine life and risking the livelihoods of fishermen.

Despite the many benefits of shipbreaking, the human and environmental costs mean we need something more sustainable. This is what we investigated in our academic research throughout late 2018 and 2019.

Part of the problem is companies avoiding regulations. According to the NGO Shipbreaking Platform, in 2017, about 80% of the world’s end-of-life tonnage was broken under rudimentary conditions on the beaches of Alang in India, Chittagong in Bangladesh and Gadani in Pakistan.

As pointed out by someone we interviewed in our research, these ships often end up in a developing country after being brought there under the guise of being operational but with the intention of being scrapped. This way, shipping firms from developed countries especially in Europe can circumvent environmental and workplace legislation at home.

But while there are institutional challenges like this, dangerous shipbreaking is also very much a design issue. 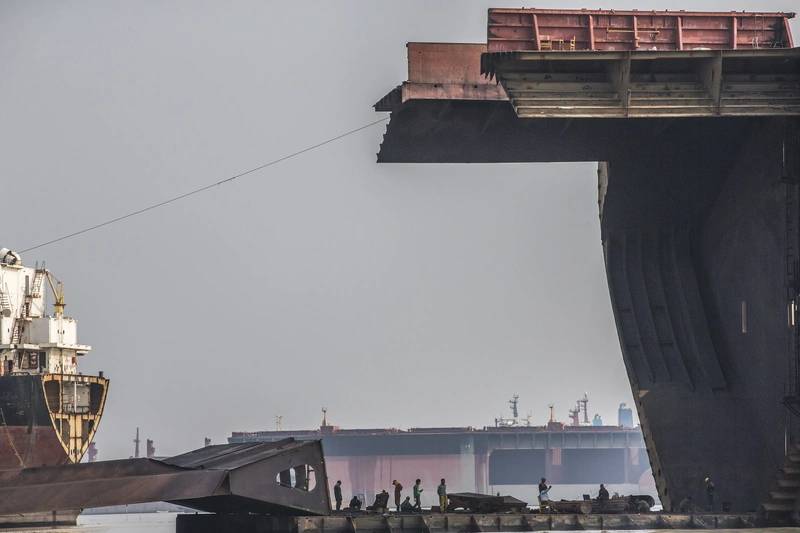 Towards sustainable ship recycling
In our new study we reviewed the existing methods currently used by shipbreaking yards and found that none were completely effective at controlling the spread of hazardous materials.

For instance “beaching” is the most popular method, as it takes advantage of natural beaches with high tidal zones and long mudflats and as such requires minimal additional infrastructure. The ship is first anchored just offshore where easily removable items are taken to make it as light as possible. Then during a high tide the ship is moved to the mudflat where it is fully broken down. As beaching contaminates the mudflats and the surrounding environments, it is not considered environmentally sound.

We’ve instead developed a sustainable and environmentally-friendly process, one that shipbreakers in developing countries can implement without incurring significant costs. We propose performing the entire shipbreaking process on a specially constructed bed rather than a muddy surface. 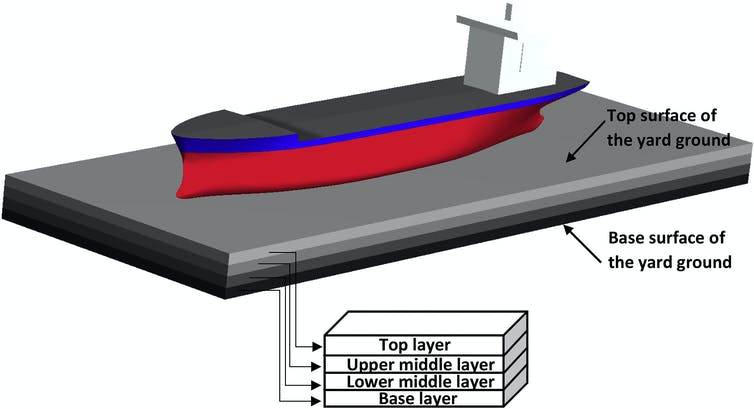 The bed would be made of four layers, using concrete materials, pebbles and sand. As each layer will have a different level of porosity and ability to regulate how materials pass through it, hazardous materials and wastes would be trapped effectively and not be able to reach the base of the bed – or flow into the sea.

Our modeling showed this would restrict the concentration of hazardous materials and minimize or even eliminate the chances of these materials contaminating the surrounding environment. Our proposed approach is sustainable on three levels: it protects the environment; allows shipbreaking activities to continue benefiting livelihoods and reduces resource extraction; and uses mostly natural materials that are readily available, affordable and reusable.

We equally recognize institutional challenges. Among our proposals are an international operational framework for shipbreaking, and extending the idea of extended producer responsibility to shipmakers and shipping companies. This means they would be responsible for after-sale waste, as is sometimes the case with electronic waste.

The authors
Olalekan Adekola is a lecturer in geography at York St John University.

Md Jahir Rizvi is a lecturer in mechanical and marine engineering at Plymouth University.