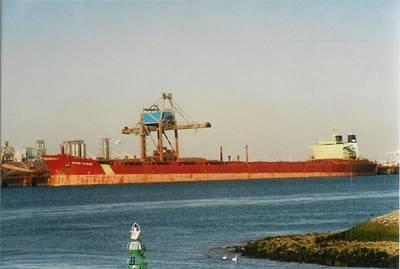 The Baltic Exchange inform it will be making significant amends to the Baltic Capesize Index including a change to its vessel description, amends to the route weightings and the addition of three new routes, as follows:

The move follows a formal consultation process with the dry bulk market which began on 11 October 2013. Trial reporting on the new routes and vessel description will begin in late January/early February with a lifting of the trial anticipated by the end of March 2014. The existing routes and new routes will be published side-by-side until there is no further open interest in either Forward Freight Agreements (FFAs) or options to be settled. This vessel will routinely be referred to as the 'Baltic Capesize 2014'.

The basis of the new Baltic Exchange capesize vessel description will be:

At the same time Baltic Exchange launched new standard routings for the Capesize.

Baltic Exchange Chief Executive Jeremy Penn said:   “These are significant alterations which will impact traders, owners and charterers and are designed to reflect the realities of a changed dry bulk marketplace. We have received a large number of written comments, held open meetings with members and stakeholders in Singapore and Geneva as well as held face to face meetings with key market participants.”

The Baltic Exchange is the world's only independent source of maritime market information for the trading and settlement of physical and derivative contracts. Its international community of over 600 members encompasses the majority of world shipping interests and commits to a code of business conduct overseen by the Baltic.