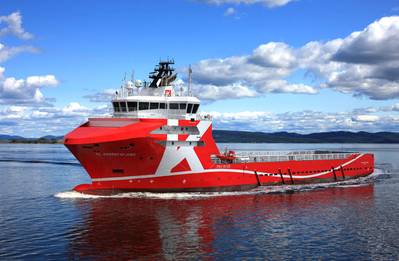 Offshore vessel operator Rem Offshore said Friday it had agreed to buy four platform supply vessels from K-Line Offshore AS, which is set to be dissolved and cease to exist.

K-Line Offshore, was established in Norway by Kawasaki Kisen Kaisha (K” LINE) in 2007, which wanted to enter the offshore support vessel (OSV) business, expecting stable demand in the oil and gas fields of the North Sea.

However, "K” LINE said Friday that K-Line Offshore "had long struggled after energy price decline, heavily affected by dropped market since then."

"It was decided after careful consideration that the best solution should be to sell all the vessels and dissolve [K-Line Offshore] taking expected profitability of OSV business into consideration," the parent company said.

However, Rem Offshore announced Friday it had agreed to buy the four PSVs.

The vessels will in question are the KL Brevikfjord, KL Barentsfjord, KL Brisfjord, and KL Brofjord, all of the STX PSV06 design.

"In REM we have always had the highest respect for these vessels due to their unmatched specifications and reputation in the market.

"To be able to own and manage them in the future will be a task we enter with respect, both towards the previous owners and their impeccable operational standards and towards the vessels themselves who have been providing a safe and strong working platform for clients across the North Sea for a number of years," Rem Offshore said.

Rem Offshore did not share the financial details of the purchase.