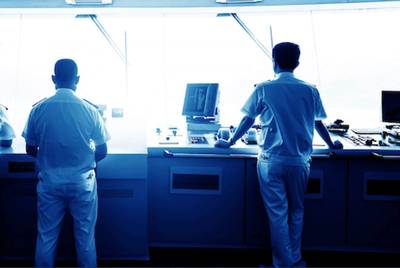 Seafarers are left unprotected by systemic failures in the implementation of the regulatory regime for work and rest hours at sea, a newly published report finds.

Adding to these rampant issues is the number of seafarers serving well beyond their contractual terms and having to take on additional tasks as a consequence of the COVID-19 pandemic, which only make these findings more concerning.

The fear of the negative consequences of failing inspections and creating problems for shipping companies outweighs the obligation to genuinely comply with international regulations. Employment insecurity accompanied by financial incentives contributes to an environment where adjustment instead of accuracy is the logical outcome. For seafarers, the sole objective of recording hours is to confirm compliance and avoid disruptions to the schedule.

In such an environment, requirements for reporting work/rest hours are seen by seafarers as merely a paper exercise. Additionally, software intended to support recordkeeping seems "gamed" for compliance. Instead of improving accuracy, they effectively incentivize crew to adjust their records.

According to the report, "[mariners] are trapped in cognitive dissonance, where deviance is normalized." Many companies appear disinterested in seafarers' feedback on this issue and flag state surveys are limited to reviewing paperwork with no verification of the reality of work on board. Inevitably the effectiveness of the International Safety Management (ISM) Code must be questioned.

When it comes to the enforcement mechanisms established though port state control, inspectors recognized that they rarely checked the accuracy of the records which are taken on face value. While the system of regulation relies on port state control for enforcement, incentives to accommodate are given priority rather than questioning the veracity of records.

A further concern is the fact that participants in the study, which included representatives from international and regional maritime organizations, the shipping industry and maritime unions as well as seafarers themselves, were convinced that any records are similarly susceptible to the practice of adjustment.

The report's authors propose three key areas for urgent attention. The first is the need for collaboration on a research-based model for determining safe manning for all operational conditions. The second is a review of the effectiveness of the ISM code and the third is to consider the "chronic mistrust between shore and ship personnel combined with the job insecurity characteristic of numerous seafarers' working contracts".

The conclusions of the research are shocking in their revelation of a system that looks good on paper but in fact masks an insidious unspoken collusion, which ultimately negatively impact the effectiveness of international conventions. It seems that all stakeholders are aware of the problems but lack the authority or willingness to address the root causes. This report throws down the gauntlet to the states that have ratified the conventions in good faith and must now acknowledge that significant change in ensuring effective implementation of the instruments is needed to retain their credibility.

According to Dr. Cleopatra Doumbia-Henry, President of the WMU, "Seafarers have a right to the protections set out in international maritime conventions and in particular in the Maritime Labor Convention, 2006 as amended as well as in the IMO STCW Conventions as amended. It is well known that fatigue leads to adverse impacts on health and wellbeing as well as increasing the risks of maritime accidents. This report is a wake-up call to regulators, industry and seafarers themselves. The system is flawed with respect to implementation and needs serious attention."

Dave Heindel, Chair of the ITF Seafarers' Trust, said, "The ITF Seafarers' Trust was pleased to provide financial support for this independent research by WMU. The findings are devastatingly comprehensive. Now the on us in on flags states, ports States, industry and unions to come together for the benefit of the seafarers to facilitate cultural change and restore the credibility of international maritime regulations."