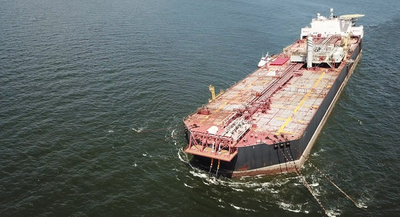 Reuters said Thursday, citing people familiar with the matter, that PDVSA would use the Cororoco oil to feed its refineries.

The Corocoro oil field, in which the Italian oil firm Eni is a partner as part of the Petrosucre consortium with PDVSA, is located in the Gulf of Paria.

The offshore site caught media attention last year when the FSO (floating, storage, and offloading unit) Nabarima, moored at the site in support of operations in the Corocoro oil field, started listing, while fully loaded with crude, following a mechanical problem. The operations at the field as well as the unloading of the FSO had been prevented since 2019 when the U.S. imposed sanctions on Venezuela.

Eni then on October 29, 2020, said its plan to offload the Nabarima FSO had received the green light from the US authorities, confirming that the sanctions policy would not prevent the company from offloading the cargo and repairing the vessel. It at the time said it would be able to proceed upon approval of its plan by PDVSA.

Operations to offload the crude oil from the FSO started in December 2020, and Reuters in April this year reported that the Nabarima crude oil offloading had been completed, paving the way for oil production at the Corocoro to resume.