Risk & Reputation in the age of Disruption 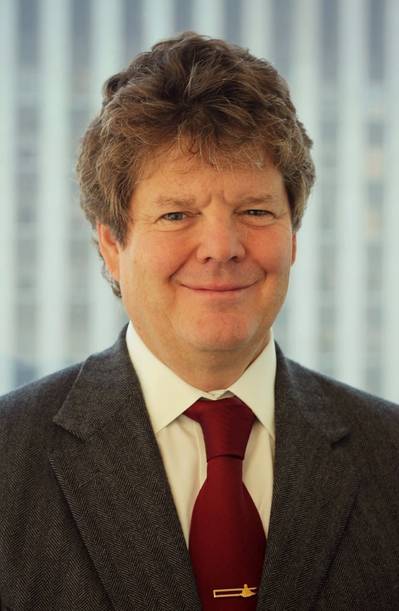 Risks faced by today’s global businesses represent a combination of traditional concerns and newer threats that reflect changing times. The 2015 Allianz Risk Barometer, a survey of more than 500 corporate insurance experts and risk managers from 47 countries, revealed that issues related to business interruption and supply chain risk, natural catastrophes, and fire and explosion continue to top annual rankings. However, cyber risks, which include cyber crime, IT failures, espionage and data breaches, along with political risks were the most significant movers.
Each of these risks, along with others, has direct relevance for the workboat industry and those for whom international transport is a critical aspect of operations. By understanding and addressing these risks, vessel operators can identify specific risk mitigation practices that can help them operate more safely and efficiently, thus reducing their losses.

Increasingly Congested Ports
One of the most significant threats to business disruption is port congestion, which has worsened noticeably in recent years. In fact, it’s become such a widely recognized concern that the Federal Maritime Commission has made it the top priority for 2015.
Port congestion can arise from a number of factors, both natural and manmade. Labor strikes or slowdowns, which are most common during times of labor negotiations, can play havoc with shipping schedules. Disruptions normally take the form of sporadic work slowdowns, with no discernible pattern.
A full-on strike can cause massive disruption. For example, a threatened strike of 29 West Coast ports would affect an estimated 12.5 percent of the nation’s gross domestic product according to the Pacific Maritime Association.
Natural events, such as heavy weather, can also create choked ports. While port congestion caused by inclement weather can be anticipated in certain locations at certain times of year, other occurrences are less predictable. Careful planning around weather can increase chances of staying on scheduling.
Another major cause of port congestion is the addition of ever-larger, mega-container ships that can triple the amount of cargo. The sheer volume of containers is starting to overwhelm major gateway ports, challenging their ability to unload import containers on a timely basis. To accommodate larger ships, some ports are improving their infrastructure and deepening their channels. A large contributor to this will be the Panama Canal expansion, which will double capacity by 2016 by creating a new lane of traffic for more and larger ships to transit.

Balancing Costs and Benefits of Connectivity
Certain concerns are more obvious to shippers than others. It’s easy to see when the bunkers are low and fuel is needed. Likewise, the appearance of rust on the vessel means repainting is required. But tackling something as abstract as cyber security is not an issue most crews are accustomed to doing.
The Internet is now considered essential on many ocean going and coastwise vessels, offering important quality of life benefits to crew. The new generation of seafarers expects to be connected all the time, and the availability of the Internet is important in attracting new crew members and retaining qualified existing personnel.
However, connectivity also puts the vessel at risk for cyber attacks that can have significant implications, ranging from the loss of important data to catastrophic accidents. A shipboard computer network includes access to vital information — from crew payroll documents to the vessel’s navigation, ballast and engineering systems. If engineering system were compromised, intruders could shut down the propulsion to allow boarding of the vessel or cause collision if done in a choke point. The hack of a navigation system could allow terrorists to hijack ships, resulting in a grounding collision or the shutting down of a port.
It’s important that shipping companies be proactive in addressing cyber risk rather than reacting after an attack has occurred, when damage to the supply chain and a shipper’s reputation has been exacted. Some of the steps that can be taken include designing a network that’s resilient and safe, working with an IT service to ensure appropriate support and backup, training personnel to recognize risks and testing the system frequently.
The Internet is a feature on vessels that’s here to stay. Unfortunately, so is the risk of cyber loss. It will always take a balancing act to make sure connectivity is available to those who need it but carefully locked away from those with sinister motives.

Other Risks
In addition to risks associated with congested ports and cyber security, there are various other challenges that can disrupt supply chain operations for global businesses.
Political and social upheaval can directly and indirectly impact the supply chain. Bomb threats, introduction of biological agents, mining of ports, and attacks by suicide boats can affect a port with little notice. Domestic turmoil can also result in the banning of international shipping, such as what happened in Ukraine last year because of safety and security concerns. It can also create an environment that invites criminal activity, including the stealing of freight from warehouses. This is a less direct but still significant impact of social unrest.
Sudden and unexpected developments can occur that can leave a shipper with limited options. For example, last November it was revealed that OW Bunker, a large shipping fuel supplier, was victimized by a $125 million fraud perpetrated by employees of a subsidiary. That theft, along with a separate $150 million loss on bad risk management, caused the company to close its doors overnight, requiring shipping operators to determine how they were going to fuel their ships.
Over the years, natural catastrophes have caused severe disruptions in the supply chain. The tsunami that struck Japan in March 2011 created impacts on shipping that were both wide-ranging and long-lasting. The disaster caused direct damage to affected ports and also impacted the overall port infrastructure by triggering temporary closings of other Japanese ports.

The Human Element
Ultimately, ships and trade do not depend on vast machines – but on the people who run them. When considering the potential for disruption and loss on the seas, it’s important to remember the crucial role that human behavior plays in the shipping industry. Well-trained officers and crews are the voyage’s greatest assets, and without their high level of competency, industry losses would be greater. An investment in them is necessary both for ensuring safe and efficient transport and to develop and retain skilled manpower.

Leveraging Global Expertise
Efforts to effectively mitigate global risk require access to a team of knowledgeable global risk consultants on the front lines evaluating the supply chain in the most demanding environments, such as LNG module shipments out of China, heavy machinery exports from Germany or oversized high-value cargo entering or leaving the U.S. Industry experts, such as those from Allianz, can also conduct assessments of shipping processes and provide training to masters, chief engineers and chief mates to ensure that operations are carried out in a safe and effective manner.

Education and Preparedness
There are many risks involved in transporting cargo from point A to point B in a reliable and timely fashion. They range from traditional ones in plain view, such as congested ports, to newer, insidious threats arising from weaknesses in cyber security. By becoming educated about these risks, appropriate steps can be taken to mitigate damages or losses that may occur from untimely disruptions.


(As published in the April 2015 edition of Maritime Reporter & Engineering News - http://magazines.marinelink.com/Magazines/MaritimeReporter)