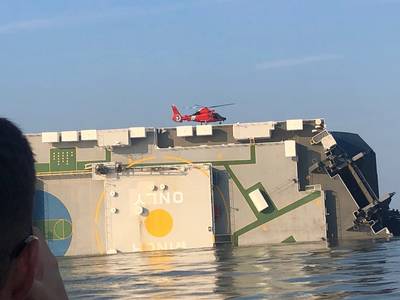 Rescue workers on Monday were planning to extract four missing crew members from a South Korean cargo vessel carrying about 4,000 cars to the Middle East that turned on its side off the coast of Georgia, the U.S. Coast Guard said.

Helicopters rescued 20 crew members from the 656-foot (200-meter) Golden Ray on Sunday after it became disabled, began listing and eventually sat helplessly on its side in St. Simons Sound, near Brunswick, Georgia, the Coast Guard said in a statement.

Salvage crews made contact with the missing crew members on Monday morning, and were about to drill a hold through the ship's hull to deliver supplies before trying to get them out, the Coast Guard wrote on Twitter.

"This is a slow, but safe process," it said.

While the crew members' conditions were not known, the Coast Guard said all four were alive.

The ship had previously called at the Port of Brunswick, Georgia, and was headed to Baltimore, according to the Vessel Finder website. The carrier was built in 2017 and was sailing under the flag of the Marshall Islands, it said. 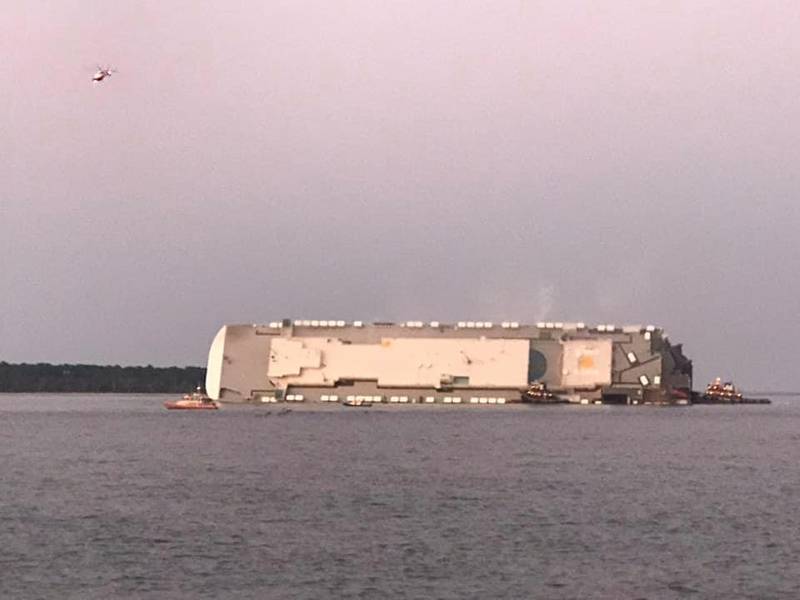