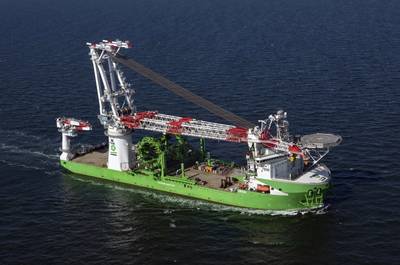 This next-generation vessel is equipped with a powerful 5,000-tonne crane and is designed to handle the massive turbines and foundations of the future.

Amélie Michel, the spouse of  Charles Michel, President of the European Council, agreed to be the godmother of the Orion.

In a traditional DEME naming ceremony, she wished ‘Orion’ and the crew a safe and successful career in the fleet. 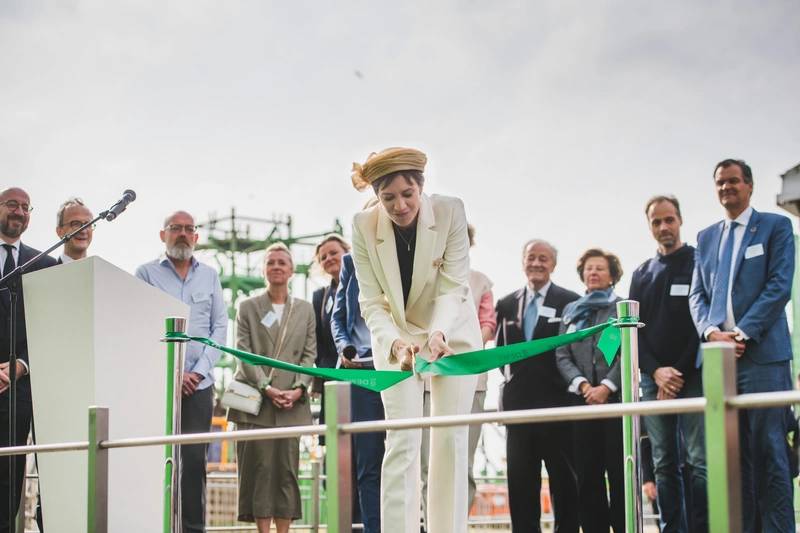 With a total installed power of 44,180 kW and at 216.5 m long, the vessel has a large unobstructed deck and a dead weight that has been maximized so it can handle the heaviest components.

"A vessel like ‘Orion’ has never been seen before," DEME said.

To enable the new installation vessel to handle the future generations of giant turbines and foundations, ‘Orion’ is also equipped with an integrated Motion Compensated Pile Gripper (MCPG), which has been designed by DEME’s and Huisman’s expert engineers.

Coupled with the vessel’s DP3 capability, the MCPG allows the monopiles to remain vertical and stable during installation in the seabed, despite waves and motions of the vessel, and crucially, to be installed without the use of mooring anchors. 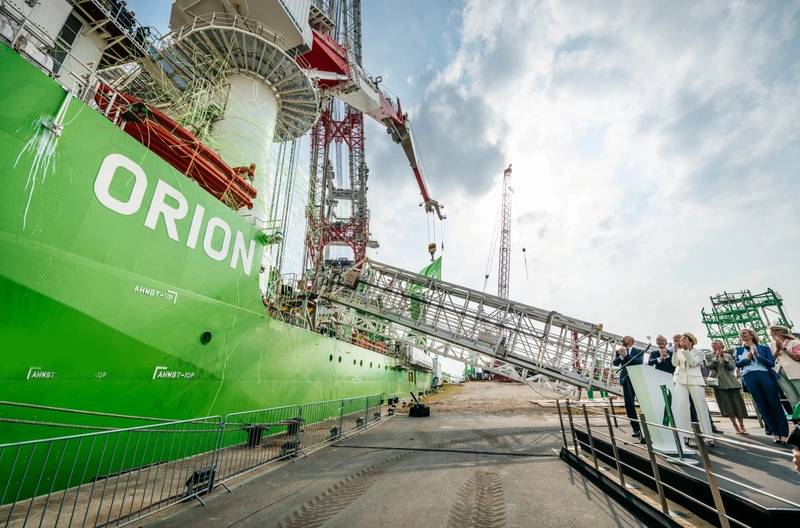 "Combining these engineering technologies and ability to transport the new giant turbines, jackets and components in a single shipment, ‘Orion’ will speed up installation times dramatically, making the vessel an extremely cost-effective solution for wind farm developers," DEME said.

Also, Orion has dual-fuel engines enabling it to run on LNG or alternative clean fuels, a Green Passport, and Clean Design notation.

Another environmental innovation on the Orion is is a waste heat recovery system that converts heat from the exhaust gases to electrical energy. The evaporation of LNG also cools the accommodation with a cold recovery system.

‘Orion’ will shortly set sail for its first project in Germany, where XL foundations will be installed at the Arcadis Ost 1 offshore wind farm. This will be followed by a decommissioning project in the UK. ‘Orion’ will also be deployed for the installation of 176 foundations at the Coastal Virginia Offshore Wind Farm in the US, one of the largest offshore wind developments in the world.