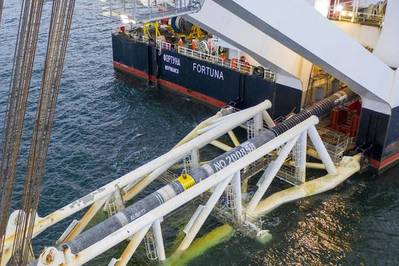 Russia's Energy Ministry is due to prepare a report in the coming days about the possibility of Rosneft exporting natural gas to Europe via the new Nord Stream 2 pipeline, Interfax cited Deputy Prime Minister Alexander Novak as saying on Wednesday.

The Energy Ministry and Rosneft did not immediately respond to requests for comment.

Oil-focused Rosneft and its shareholder, BP, have long sought to export natural gas to Europe as exports are more lucrative than domestic sales.

Russia announced last week that it had completed construction of the $11 billion Nord Stream 2 to Germany, doubling its gas exporting capacity via the Baltic Sea.

Germany's energy regulator said on Monday it had four months to complete operating certification for the new pipeline.